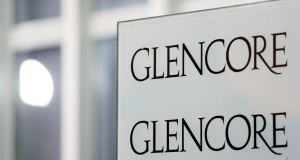 Glencore has been one of the biggest gainers as the markets have recovered this year.

Commodities trader and miner Glencore said on Thursday it would pay $1 billion in dividends in 2017 and more the following year while keeping its investment grade credit rating, which remains its top priority.

Glencore a year ago was one of the miners hardest hit by a commodity price crash and has been one of the biggest gainers as the markets have recovered this year.

It also gave detail on earlier promises to reinstate a dividend in 2017, saying it would pay out $1 billion next year.

From 2018, it would introduce a new distribution policy, including a fixed dividend of $1 billion funded from marketing cash flow.

A variable distribution equal to at least 25 per cent of free cash flow from the mining, or industrial, sector could add roughly another $1 billion, depending on performance and commodity prices.

1 Majority of employees don’t want to return to pre-Covid working patterns
2 If tourists are such pariahs should we not be testing them on arrival?
3 Investors in Irish solar energy fund in line for €20m payout
4 ‘My rent here is so low it’s a joke’
5 ‘I set up an investment club many years ago with a bunch of friends’
6 Homeworking is depriving me of juicy gossip
7 Tobacco giant’s menthol-ban substitutes take 5% share of Irish market
8 Norwegian airline sued in Dublin by inflight caterer
9 Varadkar and Donohoe to meet banks to discuss mortgage breaks
10 BrainWaveBank raises €1.2m for its ‘Fitbit for the brain’ technology
Real news has value SUBSCRIBE