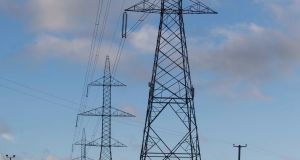 State companies such as the ESB, Bord na Móna and Irish Water paid almost €430 million in dividends to the exchequer in 2015/2016, according to figures just released.

A review by New Era, the agency that oversees State-owned businesses, shows their operations earned total profits of €1 billion in 2015/2016 on the back of a combined €6.1 billion turnover .

The six companies involved returned a dividend of €427 million to the State. The total payout to shareholders was €441 million. Employee share-ownership plans in the ESB and Bord na Móna, which hold shares on behalf of workers, received the remaining €14 million.

Over the past five years, State companies have paid dividends totalling €1.35 billion, of which €1.3 billion went to the exchequer and the balance to the workers’ share schemes.

The six which also include State forestry manager Coillte; national grid operator Eirgrid; and Ervia, owner of both the gas network and Irish Water, invested €1.6 billion over the period.

New Era estimates the total value of the State sector, excluding Irish Water and shares owned by ESB and Bord na Móna workers, is €10.2 billion. The companies own assets such as power and utility networks, electricity-generating plants and 520,000 hectares of property, mostly peatland and forest.

Defined-benefit pension schemes operated by the six companies for their 12,000 workers had a combined shortfall of €1 billion. The ESB, which is the biggest of the six, accounted for €790 million of this.

All of the companies bar Irish Water, whose scheme has yet to be valued, have plans in place to deal with the deficits in their retirement plans.

The company has a plan to tackle this deficit by 2018. The report also points out the ESB’s scheme is “not typical” of normal defined-benefit schemes, where the employer is obliged to cover any shortfall.

1 Brexit: System agreed for Irish goods to skip checks on UK trade
2 Why are markets booming when a crash is on the way?
3 AIB introduces ‘frightening’ mortgage rules and halts lending to Covid payment recipients
4 Rosslare Europort in line for €30m upgrade from Irish Rail
5 How to . . . move (almost) everything to your new phone
6 Citi Europe head sees Irish economy among fastest to bounce back
7 Ireland faces 'deep downturn' this year and may not rebound until 2024 if there is a second wave
8 Government accused of ‘not grasping’ urgency of situation facing Irish aviation
9 Collison brothers worth an estimated €2.9bn each
10 ‘The Clangers’ return to Earth’s TV screens
Real news has value SUBSCRIBE