Deal will see Opec reducing production from January by 1.2 million barrels per day 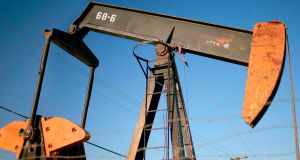 Oil prices steadied above $51 a barrel on Friday, with Brent crude on track for its biggest weekly rally since 2009, following the decision of the Organisation of the Petroleum Exporting Countries (Opec) to cut crude output in order to rein in a global glut.

After the deal was announced on Wednesday, the market’s focus now shifts to the implementation and impact of Opec’s first production agreement since 2008, which will be joined by non-Opec producers.

Crude prices on Friday were pressured by data showing oil output in Russia rose in November to a post-Soviet high and news that Moscow would use its record November oil production as its baseline when it cuts output.

Traders said profit-taking ahead of the weekend kept a lid on any more significant price gains.

A weak dollar, however, helped offset some of that pressure. The greenback slipped against a basket of currencies after the US November jobs report.

Opec, which accounts for a third of global oil supply, will reduce production starting in January by 1.2 million barrels per day (bpd), or over 3 per cent, to 32.5 million bpd.

Russia also agreed to cut output by 300,000 bpd. Russia and other non-Opec producers are set to meet with Opec on December 9th.

“There are still several open questions regarding compliance and the role of so-called ‘key non-Opec countries’ in deepening the Opec cut by a further 600,000 barrels per day,” JBC Energy said in a note.

In addition to Russia, traders also pointed to Iran as being a wild card.

Iran also threatened on Friday to retaliate against the US Senate’s vote to extend the Iran Sanctions Act for 10 years, saying it violated last year’s deal with six major powers that curbed its nuclear program.

The sanctions were first adopted in 1996 to punish investments in Iran’s energy industry and deter its pursuit of nuclear weapons.

1 Why are markets booming when a crash is on the way?
2 How much do Irish people earn? And what will Covid-19 do to our wages?
3 Drumcondra credit union collapses as merger plan fails
4 Could your old car be giving away all your secrets to its new owner?
5 Dunnes Stores trials online ordering from Cornelscourt outlet
6 Coronavirus vaccine hopes and positive US jobs figures boost markets
7 Tesla shares surge as carmaker rides out coronavirus shutdown
8 British pound sinking to ‘emerging market currency’ status
9 Pfizer and BioNTech’s Covid-19 vaccine trial yields positive results
10 Ryanair passenger traffic slumps 97% as shutdown restricts travel
Real news has value SUBSCRIBE