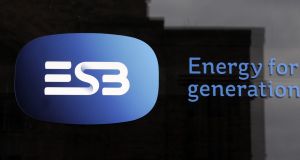 Ratings agency Moody’s has upgraded its view of the ESB, noting that the Government would likely support the energy company if it became necessary.

Upgrading ESB’s long-term issuer rating to A3, Moody’s said the company had a low business risk as well as diversified funding sources and a sound liquidity position.

While the ratings agency does not expect downward pressure on ESB, it notes that that could arise were there to be a change in Ireland’s regulatory framework or an increase in the proportion of non-regulated activities within ESB’s business mix.

ESB’s finance arm, which sells bonds to provide funding for the undertakings of the ESB group, was also upgraded by Moody’s to A3 from Baa1. The company recently reported a significant jump in pretax profit from €4,000 in 2015 to €3 million last year due to foreign exchange gains following the weakening of sterling.

Meanwhile, Fitch and Standard & Poor’s have retained stable outlooks on the company with ratings ranging from A- to BBB+. The Standard & Poor’s ratings means that it believes the company has a strong capacity to meet its financial commitments, while the Fitch rating suggest that its ability is merely adequate.

Separately, Moody’s affirmed its A3 rating on Gas Networks Ireland, a company 100 per cent owned by the Government.

The company’s assessment of Gas Networks Ireland does not take into account Irish Water, reflecting the understanding that the company will not face any financial exposure to that business.