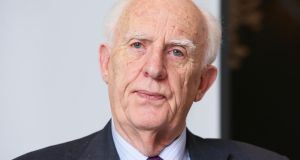 Listed Irish diamond explorer Karelian has announced an extension of its Riihivaara prospect.

The company, which is listed on emerging company markets in Dublin and London, is focused on exploration in Finland. It said it the extension would run 100 metres to the northwest of the kimberlite formation at Riihivaara – adding 40 per cent to the length of the prospect – and was decided following sampling of glacial sediment in the area.

The company said the samples would be further analysed.

“This further extension of the Riihivaara kimberlite body taken in conjunction with the recent discovery of a diamond in a till sample adds to the diamond prospectivity of the Kuhmo region,” chairman Richard Conroy said.