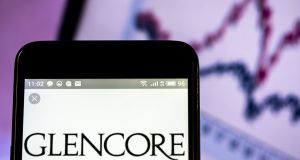 Glencore bought Caracal Energy for €1.4 billion in 2014 as part of a plan to grow its African oil business and secure barrels for its muscular trading arm. Photograph: LightRocket via Getty Images

Glencore has hoisted the “for sale” sign over the Chad-focused oil business it acquired five years ago as the miner and commodity trader looks to bolster a share buyback programme by selling non-core assets.

The London-listed group, run by Ivan Glasenberg, bought Caracal Energy for $1.6 billion (€1.4 billion) in 2014 as part of a plan to grow its African oil business and secure barrels for its muscular trading arm.

However, the deal was completed just before oil prices peaked and Glencore was subsequently forced to take a series of impairment charges. Meanwhile, the idea of building an upstream oil business was quietly dropped.

News of the Caracal sale, which was first reported by Reuters, comes little over a week since Glencore announced the retirement of Alex Beard, the head of its oil business, although the two are not thought to be connected.

After Mr Beard leaves the company at the end of the month, responsibility for running oilfields will be passed to Peter Freyberg, the executive charged with running all of the company’s industrial assets. Glencore also has oil interests in Cameroon and Equatorial Guinea.

Glencore declined to comment but people familiar with the situation confirmed the sale process for the Chad assets, which is being handled by Morgan Stanley and French bank Natixis.

Mr Glasenberg said in February that a planned $2 billion (€1.7 billion) share buyback programme could be increased by $1 billion (€890 million) later in the year with proceeds from the sale of non-core assets.

In its 2018 annual report, Glencore said the recoverable value of its Chad oilfields, which produced almost 4,000 barrels a day, was $1.2 billion (€1 billion).

Separately, Norway’s sovereign wealth fund was given permission on Wednesday to dump billions of dollars worth of shares in fossil fuel producers, including a 2 per cent stake in Glencore.

A tale of two pandemics for Smurfit Kappa and Greencore 11:31
Same Brexit stumbling blocks persist as Barnier travels to London 10:48
Spain’s BBVA and Sabadell scrap merger talks 10:33
Over 100 Kepak workers test positive for Covid-19 in Cornwall 10:17
Oxford-AstraZeneca vaccine may be trialled again to prove results were ‘not a mistake’ 09:54