Irish exploration company has a 26.8 per cent share in the licence off the coast of Cork 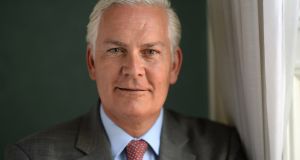 Irish exploration company Providence Resources said the planned survey of the Dunquin South Well site at its Porcupine basin licence was being deferred by its partners. No reason was given.

The oil licence is located off the coast of Cork and is operated by Eni Ireland on behalf of its partners, Repsol Exploracion Irlanda, Sosina Exploration and Providence, which is led by Tony O’Reilly jnr. Providence has a 26.8 per cent share in the licence.

Providence said further updates on the revised scheduling of the site survey would be provided “as and when appropriate”.