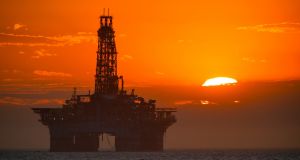 London-listed United Oil and Gas has been provisionally awarded four blocks in the North Sea and two in the English Channel.

The licences cover an area of around 500 sq m close to Marigold and Yeoman discoveries and the Piper, MacCulloch and Claymore oil fields. The awards were made in the UK Continental Shelf 31st offshore licensing round

United Oil and gas said the licences in the North Sea, in which it has 100 per cent interest, covered a number of low-risk prospects, including the Zeta prospect which could contain over 90 million barrels of oil. The company expects a work programme to begin later this year or early 2020.

The award is significant in its own right, the company said, but it also adds value to its neighbouring Crown licence.

The company has a 10 per cent interest in two blocks in the English Channel asjacent to the Colter discovery as part of a joint venture, which contain the Ballard Point discovery and the eastern portion of the Colter South discovery.

“We are delighted with these awards, which, based on extensive technical work carried out over the available acreage ahead of the application were our primary focus for the 31st Round,” said United Oil & Gas chief operating officer Jonathan Leather.

“This is our second successful UK licensing round and our largest award to date. United has done well to be included in the roster of companies which have been successful in this round, including Chrysaor, Equinor, Chevron and Total. ”