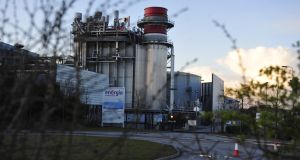 A key part of the Energia electricity and gas supply business owed creditors more than €450 million at the end of its last financial year, the latest figures show.

Accounts just filed by Energia Group ROI Holdings Designated Activity Company, a key part of the group, show that its net debt stood at €453.7 million on March 31st, 2019, the end of its last financial year. The figure was down on the €472 million it owed 12 months earlier.

The group announced its investment plans in July, but had begun its expansion by building a plant at Huntstown in Dublin designed to convert organic waste to gas.

Its liabilities included €346.5 million due on bonds used to refinance the wider group in 2017. Energia is due to repay that in 2024, and pays interest on the debt of 4 per cent. It owed various sums to other group businesses.

Energia Group ROI Holdings borrows cash to fund various subsidiaries responsible for actual operations, including two electricity generators in Huntstown and wind farms around Ireland. Its income is mainly dividends from these businesses.

“The purpose of the dividends is to pay the interest on loans that the holding company has entered into to facilitate the operations of the subsidiary entities,” said Energia on Tuesday.

The group added that the holding company’s accounts “do not reflect the operational results of the subsidiary businesses”, and pointed out that the organisation was performing strongly across the board.

1 New car prices could rise by up to €10,000 if taxes increase in budget
2 In this strangest of recessions, what happens next for Ireland?
3 Fortnite owner signs multimillion deal to buy Irish ‘kidtech’ firm
4 Chris Johns: Boohoo exposed on pay and conditions in digital economy
5 Hotel bookings collapse in wake of additional Covid restrictions
6 Majority of businesses across the world unprepared for cyberattacks
7 Insurers must be more ambitious on diversity and inclusion, says Central Bank
8 Better Capital and NTMA to shut €100m SME turnaround fund
9 Permanent TSB faces second senior management vacancy
10 Air travel never going ‘back to way it was’
Real news has value SUBSCRIBE