Speculation mounting over possibility of bid for company 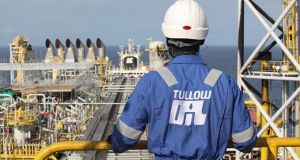 Tullow’s troubles saw its shares lose 64 per cent of their value last year.

Shares in Tullow Oil have rallied in recent sessions as African oil executive Samuel Dossou-Aworet disclosed that he has increased his stake in the embattled exploration company to almost 10 per cent.

The development has fanned speculation in the UK press that the 75-year-old Benin native may be lining up a bid for the business, in which he has had a stake since 2004.

The original holding stemmed from shares he received as part payment for the sale of a company called Energy Africa to Tullow Oil for $500 million (€454 million). The transformational deal doubled the size of Tullow Oil at the time, giving it assets along the west coast of Africa, including Ghana, where the company would find its two largest oil fields: Jubilee and TEN.

Mr Dossou-Aworet first disclosed on December 17th that he had increased his stake above the 3 per cent that must be disclosed to the stock market, to just over 7 per cent.

He said at that stage that he had no immediate plans to increase his holding and aimed to advise Tullow Oil rather than dictate to the company, which saw its shares slump 64 per cent in 2019 as a result of exploration, production disappointments and the exit of its chief executive and exploration director.

Shares in Tullow have jumped as much as 8.5 per cent as a result of this week’s development, which has seen Mr Dossou-Aworet’s holding reach 9.67 per cent.

The Times in the UK cited an unnamed investor as saying that it was likely that a “lowball bid” may be coming for Tullow Oil.