DCC expands US gas business with acquisition in Connecticut 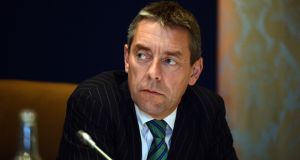 Diversified energy and services group DCC has further expanded its US liquefied petroleum gas business by acquiring a company headquartered in Connecticut.

DCC said on Monday it had acquired NES Group, which markets, sells and delivers propane and other products and services to residential and commercial customers. The company employs about 70 staff and has more than 22,000 active customers.

The acquisition is DCC’s second “material bold-on” in the US for its liquefied petroleum gas business, following the acquisition of Pacific Coast Energy in April 2019. The company now has operations across 14 US states.

The group also recently agreed to acquire Primagaz in the Netherlands, a deal that is subject to competition authority approval. Primagaz serves about 10,000 customers, and the transaction is expected to be completed in the fourth quarter of this year.

The combined value of the two transactions is about £60 million (€65 million).

“These transactions, which were originated, diligenced and executed during a period of ongoing Covid-19 restrictions, demonstrate our ability to successfully build our business in an uncertain environment,” said DCC chief executive Donal Murphy.

DCC is a global business with significant market presence in 10 countries in Europe, Asia and the US. It would be best known to Irish consumers through the Flo Gas brand.

Results for the latest full year for DCC show that 64 per cent of its liquefied petroleum gas sales were in continental Europe, while Ireland accounted for 10 per cent, Britain for 15 per cent and the rest of the world for 11 per cent.

1 How long can Government afford to keep State pension age at 66?
2 Guinness brings out a non-alcoholic version of the black stuff
3 Frank Fitzgibbon stepping down as Sunday Times editor
4 Galway’s Aerogen plays key role in Covid-19 therapies
5 Google's incredible power is the result of decades of regulatory failure
6 Paul Coulson plans record $1.8bn Ardagh investment
7 How much will a Covid-19 vaccine cost?
8 Jobs, incomes, the deficit: how much will Level 5 cost us?
9 Farm lobby seeks EU ban on vegan ‘burger’ and veggie ‘sausage’
10 Half of businesses plan to freeze pay next year
Real news has value SUBSCRIBE