Electric Ireland had highest volume of complaints upheld against it 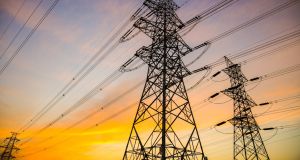 The CRU deals with complaints in respect of energy suppliers and network operators. Photograph: iStock

More than a third of complaints about energy suppliers dealt with by the State’s utilities regulator were upheld in favour of the consumer, the watchdog said in its annual report for 2019.

The Commission for Regulation of Utilities (CRU), which deals with complaints concerning energy suppliers and network operators, found that billing issues accounted for 66 per cent of complaints.

Flogas was an outlier and, despite its market share of only 1 per cent, it accounted for 9 per cent of upheld complaints.

In total, the CRU investigated 282 energy complaints last year, with 34 per cent of those upheld in favour of the customer.

The utilities watchdog received 295 contacts from customers in relation to Irish Water, the majority of which were related to billing and account problems. Customers also said that Irish Water was failing to respond to their queries in a timely manner or not escalating their complaints.

There were 34 complaints received in respect of Irish Water, a 62 per cent increase on 2018.

“Irish Water, energy suppliers and network operators have a responsibility under their codes of practice and customer charters to maintain a minimum level of customer service. By registering their complaints with the CRU, customers can be assured that they will receive a fair and independent decision,” noted CRU chairwoman Aoife MacEvilly.