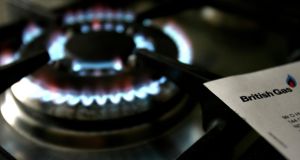 Centrica is forecasting earnings per share of 12.5 pence, down 26 per cent from last year, according to a trading statement published on Thursday.

Centrica plunged the most in 20 years after Britain’s biggest energy supplier to homes warned profit would be lower than expected as an increasing number of customers are leaving.

The utility, which bought Bord Gáis and owns British Gas, is grappling with government efforts to cap some household energy bills, and announced this week that it will voluntarily phase out its most expensive tariffs. Its market share is also shrinking amid an increasing range of suppliers, with Centrica losing more than 800,000 customer accounts in the four months through October, after shedding 750,000 in the first half.

“The scale of customer losses in the residential market in the UK. is alarming,” said John Musk, an analyst at RBC Europe in London.

Centrica is forecasting earnings per share of 12.5 pence, down 26 per cent from last year, according to a trading statement published on Thursday. The average estimate by 20 analysts polled by Bloomberg is 15.5p. The drop reflects lower-than-expected adjusted operating profit in North America and the UK, the Windsor, England-based utility said.

Adjusted operating profit for the North American business unit is expected to plunge by 64 per cent to £80 million. The North American retail power unit is taking a one-off non-cash post-tax charge of £46 million related to billing.

The plunge dragged down other energy suppliers. SSE Plc dropped as much as 3.1 per cent, while Iberdrola SA slid as much as 0.5 per cent before trading little changed.

The plan by the government would reduce margins that utilities earn from customers on so-called standard variable tariffs. Mr Conn expects the UK price cap to come into place by the end of 2018 or early 2019 and last for as long as three years. Analysts have also said it might take more than a year to put in place.

The government intends to legislate on price caps “as soon as parliamentary time is available,” energy secretary Greg Clark said last month, adding the plan was also subject to scrutiny of legislators.

Opposition Labour has long pushed for an energy price cap, and while it supports the government’s measure, it says ministers aren’t acting quickly enough. A Labour government would bring in the cap immediately, the party says.

Centrica will probably announce “more efficiencies” in February and has set a plan for the next five years, Mr Conn said, without providing details. The company will also update investors on its dividend policy then, he said.

Centrica will be able to maintain its dividend with debt and cash flow on target. The company is “willing to operate with dividend cover from earnings below historic levels” if necessary, according to the statement.

The number of UK customers at the end of October fell by 823,000 since June 30th, when company had 25.5 million accounts. Of those, 150,000 switched after a price rise in September, Centrica said. – Bloomberg