Energy boost for PrePayPower as profits more than double 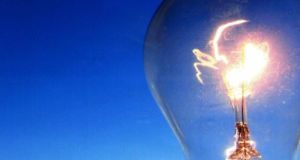 The company recorded a profit before tax of €11.5 million as against €5.6 million a year earlier as operating profits climbed to €13 million from €7.8 million.

PrePayPower, which installs prepay electricity meters in people’s homes, attributed the rise in profits to a sharp gain in customer numbers – to 130,000 from 117,000 in 2015.

The company’s financial performance was also boosted by a €3.67 million once-off gain from hedging.

The company has about 6 per cent of the domestic electricity market and 3 per cent of the residential gas sector, having gained regulatory approval to operate in the latter market in late 2016.

PrePayPower began with just four people in 2009. It now employs about 200 staff.