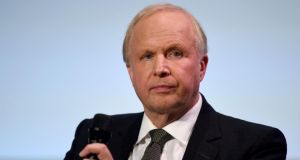 British Petroleum (BP) chief executive Bob Dudley was paid $14.7 million (€13 million) in 2018, a level that would have been $2.7 million higher had the energy major’s board not again used its “discretion” to limit awards amid persistent shareholder concerns over high pay.

The oil and gas company’s profits doubled to a five-year high last year as the company returned to growth after a bruising oil price crash that roiled the sector and as BP’s business recovered after the Deepwater Horizon disaster.

This adjustment reduced the chief executive’s 2018 incentive pay by about $1.5 million and further $1.1 million was taken off after a voluntary decision by Mr Dudley to accept a reduced share payout under a long-term incentive plan.

Even so, Mr Dudley’s 2017 remuneration was revised up to $15.1 million from $13.4 million reported previously due to changes in BP’s share price. – Copyright The Financial Times Limited 2019