Up to one in three workers have underlying condition – Laya Healthcare 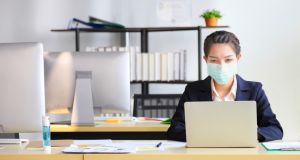 Some 78% of those surveyed hadn’t taken any sick leave since March. Photograph: iStock

As many as one in three workers in the Republic can be classed as vulnerable workers, meaning that they have an underlying health condition, research from insurer Laya Healthcare has established.

A survey commissioned by the group found that 33 per cent of workers have conditions such as asthma, diabetes or cardiac issues, for example.

The research, which was conducted in July and involved more than 1,000 employees, also found that four in 10 workers are struggling to cope with everyday life during the Covid-19 pandemic while 91 per cent have reported some level of anxiety.

Sinéad Proos, head of health and wellbeing at Laya Healthcare, noted that there may be a number of factors at play in relation to the smaller numbers taking sick leave.

“Firstly employees may continue to work remotely while sick. The challenge of having to get up, get dressed and go to the workplace is no longer there for many so they may just battle through and log on from their sick bed, which is a worry as ultimately they may not get the rest they need to recover fully. Secondly, job uncertainty or anxiety may push many employees to continue to work while sick, and again that’s not an ideal situation for employees or employers.”

She added that 21 per cent of employees have delayed getting treatment despite having worrying symptoms.

“To address workers’ concerns, protect the one in three employees who are vulnerable workers and fully comply with health and safety guidelines, long-term investment in building resources, education and training needs to be made,” said Ms Proos.

“With over 270,000 companies operating in Ireland, the total cost of returning employees to workplaces could well be in the region of €10 billion,” she said.

10 More women than men losing jobs during the pandemic