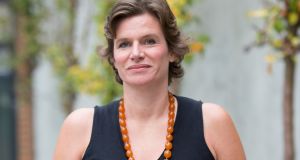 Mariana Mazzucato: The pandemic is a wake-up call

This weekend The Irish Times presents a series of articles on remaking Ireland after the pandemic. As part of this, Prof Mariana Mazzucato of the University College London – a leading international economist and author – answered questions from Cliff Taylor about what should happen next

Cliff Taylor: In your view has the Covid-19 crisis shown up shortcomings in the ability of states to respond?

Mariana Mazzucato: The crisis has shown up shortcomings in states’ capabilities, but more than that, it has shown up how the way that we have been thinking about the role of the state over the past half century has been entirely inappropriate. Since the 1980s, governments have been told to take a back seat and let business steer and create wealth, intervening only for the purpose of fixing problems when they arise.

The result is that governments are not always properly prepared and equipped to deal with crises such as Covid-19 or the climate emergency.

By assuming that governments have to wait until the occurrence of a huge systemic shock before they resolve to take action, insufficient preparations are made along the way. In the process, critical institutions providing public services and public goods more widely – such as the NHS in the UK, where there have been cuts to public health totalling £1 billion since 2015 – are left weakened.

The austerity measures imposed after the 2008 financial crisis were the opposite of the investment needed to increase capability in the public sector, and make it ready for the next shock to the system.

Cliff Taylor: What are the lessons of this for the recovery?

Mariana Mazzucato: This crisis, and the recovery we need, give us an opportunity to understand and explore how to do capitalism differently. This requires a rethink of what governments are for: rather than simply fixing market failures when they arise, they should move towards actively shaping and creating markets to take on society’s most pressing challenges. They should also ensure that partnerships with business involving government funds are driven by public interest, not profit.

When private companies ask for bailouts from governments, we must consider the world we want to build for the future, and the direction of innovation that is needed to get there, and add conditions to these bailouts accordingly, to benefit public purpose, not just private.

This will secure the direction of travel we want – green, sustainable, and equitable. When conditionalities are done well, they align corporate behaviour with the needs of society. In the short term, this focuses on preserving employment relations during the crisis and maintaining the productive capacity of the economy, whilst avoiding extraction of funds to financial markets and executive compensation. In the long-run, it is about ensuring that business models lead to more inclusive and sustainable growth.

Cliff Taylor: Can governments aim to direct the recovery to be greener and more sustainable, or is it just about fire-fighting for the moment?

Mariana Mazzucato: Governments can and should take a long-term and directional view, avoiding the “tyranny of the urgent” in only fire-fighting. Governments have the upper hand in public-private negotiations for the first time in decades – they must use it!

A clear example is happening in the green and sustainable arena, around the conditionalities attached to government assistance; when planning these large-scale interventions, governments should be focusing on smart conditions that match their green new deal strategies of lowering carbon emissions while also investing in workers.

The French government has putgreen conditions on Air France – to decrease CO2 emissions in domestic flights by 50 per cent by 2024, and to stop flying domestic routes where there are rail competitors; conditions for Austrian Airlines could include securing jobs, in addition to green commitments, and the US CARES Act conditions include limits on compensation for the highest paid airline employees, and maintenance of employee pay.

US Senator Elizabeth Warren has also called for strict bailout conditionalities, including higher minimum wages, worker representation on boards and enduring restrictions on dividends, stock buybacks and CEO bonuses. When relevant and possible, governments should use conditionalities to advance longer-term, ambitious, green and social missions.

The recovery cannot just be a return back to the “normal” we were in before: it was that economic normal of finance-led and debt-led growth; of failing to correctly assign value to the “key” workers and essential delivery systems we rely on; of dramatic and growing inequality between ordinary people, and CEOs and other owners of capital; and, in many places, of austerity and public sector outsourcing leading to a decimated, under-invested public sector, which in itself was not able to make vital investments in public value.

Instead, the recovery needs to be a full-scale economic renewal, in which we harness the tools at the disposal of government – from investment, to procurement, to challenge prizes – to tilt the playing field in the direction of equitable, green and sustainable economic growth.

Cliff Taylor: Is there a risk that things will just go back to being done the way they were or does the crisis give an opportunity to restart in some areas? Does restarting in a new way require new national “cultures” – new ways for the State and private sector to work and new national goals etc?

Mariana Mazzucato: The work I have been leading at the institute I founded and direct at University College London, the Institute for Innovation and Public Purpose, has long focused on the government’s role in steering ambitious, long-term, cross-sectoral (and, in government, inter-departmental) approaches to societal challenges – “missions”, which allow governments to actively shape markets, not just fix market failures.

We have worked with governments from Scotland to South Africa to craft mission-oriented innovation plans. Re-orienting the economy in a green, climate-friendly, and fair direction, should not just be a government mission for moral reasons. It is not even because this future world will give us all – rich and poor – a better way to live. It is because not doing so is a risk that is not worth taking.

Earlier this year, the news media were full of frightening images of overwhelmed firefighters, not overwhelmed health-care providers: we thought this would be the story of 2020.

The climate crisis still is the story of 2020 and the coming century; Covid-19 is a product of environmental degradation, and we see new climate-linked crises on the horizon – cyclone Amphan is currently breaking in India and Bangladesh in the middle of the pandemic, and weather events like this are becoming more intense due to the climate emergency.

The Covid-19 pandemic is a wake-up call that we can no longer afford to encroach on and degrade our environment in the way that we have been doing.

Large long-term investors are already radically changing their definitions of risk; and definitions of ESG – environmental, social and governance investment metrics – are the vital discussions ongoing in these industries.

At the same time as the pandemic poses a risk to heavily-hit industries, and in itself flags up the materiality of environmental risk, the oil market is crashing, and stranded assets are becoming very short-term realities for investors. We need to understand that we live not just in an age of risk, but one of uncertainty, and plan accordingly for a renewal of business and the state – not moving back to “business as usual” or to “government as usual”.

Cliff Taylor: Where will the money come from to pay for recovery and rebuilding? Does a bigger State mean more taxes?

Mariana Mazzucato: Money is a social technology and not an inherently scarce resource as the public has been led to believe. The inability to handle our common monetary technology to recover forcefully from the Great Financial Crisis is emblematic of our inability to use technological advancement to deliver a vigorous green transition.

The wealth of our nations comes from our ability to activate our resources to solve our problems and improve the way we use them through innovation and more mutualistic relationships between the public and private sector. Money is a crucial instrument to mobilise our common potential.

We should therefore meet the Covid -19 challenge with an upgrade of state investment banks and a general fiscal commitment to do “whatever it takes” – and make sure to steer the spending via missions to solve our challenges rather than restore the status quo.

Restoring the unsustainable status quo is a major threat at the moment. Obviously, the euro zone faces its own financial challenges, as fiscal and monetary policy have been split apart only to be partly re-integrated via the quantitative easing policies by the European Central Bank. There is a need for additional institutional ingenuity to bring the euro zone up to fiscal speed of other developed economies.

When Roosevelt launched his sweeping New Deal programmes, he did not wait to find the money. The core point of macroeconomics is that spending equals income -– and indeed creates the income. When the private sector is not spending, governments must do the spending or lower taxes to stimulate the spending.

Such a transformation is not a cost but an investment in a future of resilience, sustainability and better resource efficiency. This is long overdue, but the current disruption is an opportunity to break out of the path-dependency that has so far mired us in incrementalism. .

Mariana Mazzucato, is Professor in the Economics of Innovation and Public Value at University College London (UCL). She is also the Founding Director of the UCL Institute for Innovation and Public Purpose. She is author of The Entrepreneurial State: debunking public vs. private sector myths (2013) and The Value of Everything: making and taking in the global economy (2018)