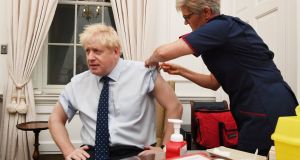 EU and UK negotiators are continuing to discuss the plan put forward by Boris Johnson to break the Brexit deadlock. But doing a deal will not be easy. So what are the key problems and questions about the customs plan?

No surprise there, of course. The UK is proposing that Northern Ireland will have a kind of joint membership of the UK and EU customs unions after Brexit. To avoid checks at the Irish Border on goods coming from the UK, it proposes that the necessary customs and tariffs checks – and payments – take place as goods enter the North. Tariffs are special import duties due on some goods moving between different trading blocs.

The idea is that companies in the North could then claim a rebate on tariffs, if goods were going on the market there. The rest of the goods would be destined for the Republic, or onward travel to continental EU markets, and thus the EU tariff would have been correctly applied and the necessary other checks made. Needless to say this is complicated. The EU side is asking whether it could work in practice.

2. It will take time to sort all the bits out

Even if agreement were to be reached in principle, how quickly could it be ready? Under the current plan, the UK – if it passed a withdrawal deal – would be due to leave the so-called transition period which comes into play after Brexit at the end of 2020. There are serious doubts about whether the new system could be all ready to go by then. And there is the shorter-term time constraint of getting it all down on paper by the end of October, of course.

3 Will it endanger the single market?

Customs and associated checks are designed to ensure that the correct tariffs are paid and also to verify where goods are from – the so-called rules of origin.

Among the key issues are whether goods, which are due to remain in the North, can be stopped from “leaking” into the Republic and onwards to the continental EU. If a tariff rebate is claimed, on the basis that the goods are going to be sold in the North, then this is a clear problem.

This becomes even more complicated when you think of goods entering the supply chain – the EU’s chief negotiator Michel Barnier reportedly gave EU ambassadors the example of sugar, or steel, coming from Britain into the North and being further processed there. How is this controlled and the proper tariffs paid under the plan?

Under the rules of origin process, there are complicated set procedures to verify what product is involved and its so-called “economic nationality”. The latter can be very complicated – as in modern supply chains there are rules covering products where inputs come from a range of countries, generally depending on where the most work is done on them. Slotting all this into the new UK plan will be challenging.

4. What about smuggling and fraud?

This is connected to the point above – the risk of proper tariffs or VAT not being applied due to new control processes and the scope this opens up for organised crime. To be able to work, the new procedure would have to have advanced processes for tracking goods as they move through Ireland, North and South, and some way of having a higher level of mobile checks than currently exist around the Border.

We have focused here on the customs part of the Johnson proposal. Remember that there also has to be an agreement on “ consent” – how the North’s politicians, or people, would have a say on entering these arrangements and some ongoing involvement and consultation into the mechanisms running them.

6. Does all this make it impossible?

No. It doesn’t. But a lot would have to be done in a short space of time and certainly having it all ready for the EU summit this week looks very difficult. The EU’s big players would also have to be satisfied that the controls would work – and there is a big political call for them here. This is tricky, because Johnson wants to leave the EU trading bloc and says he wants to introduce new regulations and standards. The more he wants to “diverge” the trickier this is for the EU, as they will be nervous of a lower cost/lower standard competitor on their doorstep, importing goods from third countries not necessarily in line with EU standards. This means a future EU/UK trade deal is unlikely to solve the Irish Border problem and thus makes the current talks all the more important. And it means that UKplans to do new trade deals of its own and introduce new regulations and standards in the UK become all the more important.