Percentage of environmental taxes out of total has been falling 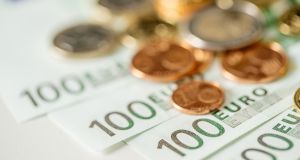 Figures from the OECD show that in the Republic, environmentally-related taxes accounted for 7.4 per cent of total revenue. Photograph: iStock

The State collected a greater share of tax revenue from environmentally-related taxes than the OECD average although the share of the total tax take has been declining.

Figures from the OECD show that in the Republic, environmentally-related taxes accounted for 7.4 per cent of total revenue.

Environmentally-related tax revenue in OECD countries account for 5.1 per cent of total revenue on a weighted average and 6.9 per cent on a simple average basis in 2017. The range is quite significant, from 2.8 per cent in the United States to 12.5 per cent in Slovenia and Turkey.

But the extent of our environmental tax collection has been falling, the figures show. In 1995, environmentally-related taxes accounted for 9.3 per cent of our total tax take and by 2010 that was 9 per cent. The weighted average OECD trend has also been in decline, falling from 6.1 per cent in 1995 to 5.1 per cent two years ago.

The figures came as the organisation detailed how tax revenue across OECD economies were “virtually unchanged” in 2018, ending a trend of annual increases observed since the 2009 financial crisis.

The plateau was largely due to a drop in the US, where the tax-to-GDP ratio fell 2.5 per cent. This was attributable to tax reforms, which reduced the corporate tax rate from 38.9 per cent to 25.8 per cent.

The metric is a ratio of a country’s tax revenue relative to the market value of goods and services it produces.

It is worth noting that a rise in the ratio does not necessarily mean that tax revenue has increased in real terms. If it simply rises more than GDP, the ratio will increase.

Of the OECD countries, France had the highest tax-to-GDP ratio at 46.1 per cent, while Mexico had the lowest at 16.1 per cent. The Republic, meanwhile, stood at 22.5 per cent, the third lowest in the survey and well below the OECD average.

On average, in 2017 OECD countries collected 34 per cent of their tax revenue through taxes on income and profits. In the Republic, the share of income and corporate taxes in the tax mix exceeded 40 per cent.

1 ‘The recovery needs to be a full-scale economic renewal’
2 Michael Smurfit: ‘I asked Trump to invite me to the White House for my 80th birthday’
3 Small businesses are cannon fodder in zealous anti-virus experiment
4 ‘I’m so lucky to be in the Caribbean – a million miles from Derry Girls’
5 Minister calls on EU to act against tobacco firms ‘undermining’ menthol ban in Ireland
6 Ryanair expects air fares to fall when flights take off again
7 Joint accounts: if one of us dies, can the other access the money?
8 Lioncor gets planning permission for ‘house of Europe’ project
9 Ireland stands to benefit in a big way from investing in public transport
10 Household savings soar as consumers stop spending
Real news has value SUBSCRIBE