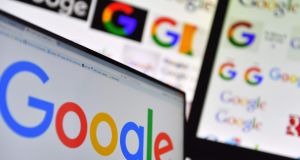 Columnist Karlin Lillington argues that a unionised workforce could finally ask Google its most searching questions.

Home-buyers are being forced to live further and further away from their place of work because of the price pressures in the Dublin property market, a new report has warned.

It comes a day after the Central Bank decided to maintain its current limits on mortgage lending amid warnings that it will keep people in a “rental trap”. The bank’s governor Gabriel Makhlouf has also ordered Central Bank staff to carry out a “deep dive” review of funds invested in the Irish commercial property market.

Despite the criticism faced by Mr Makhlouf, Cantillon argues he made the right call.

Staying in the financial world, Ulster Bank is planning to eliminate 175 manager positions in an effort to cut costs as ultra-low central bank rates and Brexit uncertainty weigh on the banking sector. Joe Brennan reports.

Ryanair boss Michael O’Leary has denied describing the airline’s chief operations officer Peter Bellew as being “too nice for Ryanair”. Mr O’Leary was being cross-examined on the second day of Ryanair’s proceedings against Mr Bellew arising out of his decision to leave the company and join rival Easyjet.

The second day of the case coincided with the announcement that the airline has revised its summer 2020 schedule again, cut its expected traffic growth and signalled that a number of jobs are under threat.

An exclusive international school in Co Wicklow, where annual tuition is €9,200 a year, has announced a €3 million investment programme to cater for the growth in student numbers to grow from 60 to 250 students over the next five years.

Travel retail software provider Datalex, which disclosed accounting irregularities earlier this year, said on Wednesday that its net loss for the first half of 2019 narrowed to $6.9 million (€6.2 million).

In our technology and innovation coverage, Ex-Google employee Meredith Whittaker warns we are becoming lab animals in a giant tech experiment, while Neil Briscoe meets Nasa’s head of Artificial Intelligence, who explains why we can forget about making a trip to Mars: the future of space exploration lies with robots.