Merrion, Conrad and Dylan hotels are the five-star hotels selected by broadcaster 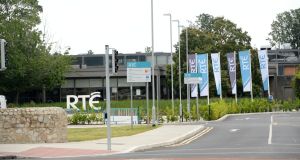 RTÉ is set to spend an estimated €350,000 over two years on hotels around Dublin to accommodate celebrities and other contributors appearing on the station. Photograph: Dara Mac Donaill

RTÉ is set to spend an estimated €350,000 over two years on a string of five-star and four-star hotels around Dublin to accommodate celebrities and other contributors appearing on the station.

The Merrion, Conrad and Dylan hotels have beaten off competition from other five-star hotels around Dublin to secure a place on a hotel panel to accommodate celebrities and guests appearing on RTÉ.

The tender stated RTÉ had about 1,150 hotel bookings in 2018, but pointed out that this figure can fluctuate annually and is not an indication of booking numbers.

A spokesman for RTÉ stated on Friday that the estimated €350,000 spend “is an accurate estimate for a two-year period. However, it is an estimate”.

The spokesman stated that the final figure “is dependent on RTÉ’s broadcasting schedule and RTÉ’s events programme for the year, which have not been finalised”.