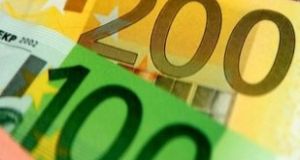 S&P: ‘The outlook remains stable, reflecting the expectation that the economy will remain competitive.’

Credit ratings agency S&P Global made three times as many upgrades of Irish-issued debt instruments in the second half of 2019 as it did downgrades, bringing the full-year total to 17 upgrades and six downgrades.

With more than 90 per cent of Irish issuer ratings now carrying a stable outlook, there will likely be fewer changes to credit ratings in 2020, the agency said.

S&P upgraded its rating on Irish sovereign debt from A+ to AA- in November, the first action on this debt in more than four years.

“The outlook remains stable, reflecting the expectation that the economy will remain competitive and attractive to foreign investment, while authorities will remain committed to transparency and fiscal prudence,” it said in a new summary update of Irish rating activity.