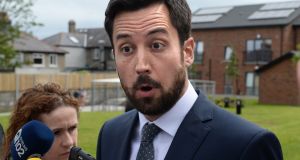 The Residential Tenancies Board (RTB) is looking to recruit two new board members to help in its role of overseeing the private rented sector and implementing Government policy in the rental housing sector.

The RTB, which was established in 2004, has a quasi-judicial role and its remit is to “support and develop a well-functioning rental housing sector”.

Part of this function includes overseeing the oft-criticised rent controls in so-called rent pressure zones. Since the introduction of rent controls in December 2016, rents have continued to grow at a seemingly inexorable pace.

The RTB’s own figures show that rents grew nationally by almost 8 per cent in the year to the second quarter of 2018, and by 9.5 per cent in Dublin.

The board also oversees certain decisions related to tenancy disputes and jurisdiction decisions.

It is looking to bulk up its board with the appointment of two new members. The vacancies arise because the term of three board members, James Leahy, Patricia Sheehy-Skeffington and Tim Ryan, ended on May 31st last.

Interested applicants should have either financial expertise, including financial planning, control and compliance, or legal expertise as a barrister or solicitor.

Candidates should also demonstrate “knowledge and experience” in areas relevant to the RTB’s mandate and work, including an understanding of rental/housing policy at national or international level, and experience of similar regulatory or quasi-judicial bodies.

A spokeswoman for the RTB said the Minister for Housing, Eoghan Murphy, is initially seeking to fill these two specific skill-sets, and “go out again in the future once the skills required for the remaining vacancy have been identified”.

Payment for the role includes a fee of €5,985 for attending a minimum of 11 board meetings a year, which are typically four hours long. In addition, board members are entitled to an additional fee, of €5,250, for attending a minimum of 13 meetings at which the board exercises its powers in relation to tenancy disputes and jurisdiction decisions. Appointments are for an initial period of up to five years, with an option to extend for a further five years.

1 Three Ireland switches on 5G network around the country
2 Pilita Clark: The looming legal minefield of working from home
3 New car prices could rise by up to €10,000 if taxes increase in budget
4 State should use Covid-19 impact on building costs to build homes
5 Former junior finance minister to head funds sector lobby group
6 Dublin-based ID-Pal raises €1m in funding as it looks to expand
7 State ‘should bail out’ troubled homeowners with mortgage assistance payment
8 Visitors to Ireland increased almost 60% last month
9 More financial firms setting up or expanding in Ireland despite Covid-19
10 Chris Johns: Boohoo exposed on pay and conditions in digital economy
Real news has value SUBSCRIBE