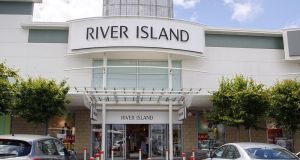 Pretax profits at the Irish arm of fashion retailer River Island increased by 53 per cent to €4.89 million in 2018.

Accounts for the company show that the increase came despite revenues declining by 15 per cent from €84.39 million to €71.43 million during 2018.

The company operates 24 stores across the country employing 741. Its staff costs totalled €10.3 million in 2018.

According to the directors, “overall, trading was stable and the business has continued to invest significantly in its core customer proposition and keep pace with technological developments to service customers’ changing requirements to shop across multiple channels”.