Poverty survey masks the devastation of the housing crisis 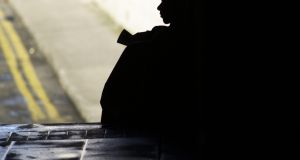 The Survey on Income and Living Conditions does miss out those who suffer the most extreme form of poverty, which is homelessness. Photograph: Frank Miller

It is 30 years since the ESRI first started to quantify poverty in Ireland, with a special survey on income distribution and living standards. An annual ESRI survey followed from the mid-1990s, replaced since 2004 by the CSO’s annual Survey on Income and Living Conditions.

The ESRI team also developed a methodology for measuring poverty, which focused on those whose incomes were well below the norm (“at risk of poverty”) and who for financial reasons were going without two or more “necessities” (“material deprivation”). So the term “consistent poverty” measures those who are poor both in terms of income and of consumption.

Although the measure of poverty has defects, by encapsulating the situation in a single measure it has helped identify the groups who are disproportionately likely to be poor, focused the attention of successive governments on addressing poverty and assisted in better targeting policy initiatives.

The most recent figures, for 2016, show about 17 per cent of the population are considered “at risk of poverty” based on low income relative to the norm, a figure that has been fairly stable since before the recession.

About 8 per cent of the population are in consistent poverty, double the rate experienced at its lowest point in 2008, but slightly below the peak rate of 9 per cent reached in 2013.

The data shows that about one-quarter of lone parents, unemployed people and those unable to work because of illness or disability experience consistent poverty – about triple the average rate. Those who are renting, especially those in social housing, have higher poverty rates than those who own their homes.

Under-65s living alone, and children, experience somewhat higher poverty rates than average, but only about 2 per cent of pensioners experience consistent poverty. However, if allowance were made for housing costs, it would certainly show bigger disparities between renters and owners, and between those owning their homes outright and those paying a mortgage.

For example, a couple on the old-age pension who own their own house are probably not in poverty, while a similar couple living in private rented accommodation are today very likely to be in poverty.

Some people experience poverty over a fairly brief period, for example during temporary unemployment, but for others, it is persistent over a longer period, exhausting any savings or reserves they may have.

The list of consumer items used to measure “enforced deprivation” includes food and clothing. While commentary often focuses on people going hungry, in practice this is rare – inability to replace furniture, or to afford a night out (or have friends in) are experienced by two-thirds or more of those in consistent poverty, but only one in nine of those consistently poor experience food poverty. However, 30 per cent of those experiencing consistent poverty say they can’t keep their homes adequately warm.

One of the striking features of the income distribution data from the Survey on Income and Living Conditions is how stable the distribution of income, after taxes and transfers (disposable income), has been over time.

The standard measure of inequality, the Gini coefficient, showed a small rise from 2009 to 2013, and has since fallen to below that of the boom years; however, the small fluctuations are often not statistically significant.

The data show how important the welfare system has been in countering inequality in market incomes and in preventing a sharp rise in inequality over the years of economic crisis.

While during the recession years the distribution of market (or earned) income became much more unequal because of soaring unemployment, nevertheless this was largely counteracted by the operation of the welfare system, resulting in a largely stable overall distribution of disposable income.

Intergenerational inequality has probably worsened significantly over this period, however, as between the housing “haves” who own their homes outright, and the housing “have-nots” who are renting, paying high mortgages or in negative equity. Looking at the distribution of income, net of housing costs, would be important to help understand this.

The survey does miss out those who suffer the most extreme form of poverty, which is homelessness, as it’s a survey of households and omits those living in hostels, hotels or on the streets.

As these measures of poverty are an important guide for policy-making, they should be further developed to reflect how different housing situations affect the standard of living. This would better capture the effects of the housing crisis on poverty in Irish society.