John FitzGerald: Do we really want to go back to 2008 again? 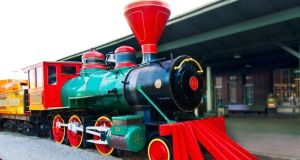 I am old enough to have played with a clockwork train as a child. One of the things it taught me was that, when fully wound up, the train could run very quickly. However, if not properly managed, the train could jump the track at the first curve. Controlling a train where the clockwork had run down was much less precarious.

Managing the Irish economy mirrors this experience. The economy was fully wound up from the late 1990s but, when mismanaged, it ran off the tracks in 2008. Since then the economy has been “rewound” and has been again running quickly since 2012. Managing the resulting economic recovery has, to date, been reasonably straightforward, with no need to apply the brakes. However, as highlighted by a series of reports from the Irish Fiscal Advisory Council (IFAC), the Economic and Social Research Institute (ESRI) and the Central Bank, we are coming to a few tricky bends which will require careful navigation.

The current state of the labour market is reassuring, with unemployment falling steadily, including long-term unemployment. Employment on a full-time equivalent basis has been rising at more than 3 per cent a year over the last few years. This means that, on current trends, we will hit full employment around the end of next year or early in 2019.

As yet, wage developments are not showing signs of excess pressure in the labour market. The ESRI estimates that average earnings, adjusted for prices, will rise by about 2 per cent this year, close to the rate of increase in productivity. This picture is sustainable in the long term and it is more attractive than the experience of many workers in the UK and the US. Workers there have seen a prolonged period when their real earnings have been stagnant. The difference between the Republic and the UK is explained by the much higher rate of productivity growth in Ireland.

Today the momentum in the economy is built on growth in domestic demand, including a significant increase in investment. This growth is safe as it is not fuelled by a credit boom, as in the run-up to the financial crisis. The external environment, with the European Union and the US economy growing quite vigorously, is also supportive of increased output in exporting firms.

A number of factors pose a risk to this benign picture. In spite of the big devaluation in sterling, the UK is beginning to suffer a slowdown as a consequence of Brexit. The UK market is thus proving a less favourable environment for Irish firms. Partially offsetting this, the flow of foreign investment, diverted from the UK to the Republic, is already significant.

The agreement to move on to stage-two talks between the EU and the UK makes the prospect of the UK crashing out of the EU without agreement early in 2019 a lot more unlikely. It promises postponement of the earliest date when we might see major disruption to trade through the imposition of a border until at least 2021. This represents a significant reprieve for Irish exporters to the UK.

The other external risk identified by the ESRI is the likely rise in euro interest rates from 2019. Much will depend on why interest rates rise. If the reason for an increase in rates is that the euro-area economy is growing rapidly, giving rise to an inflationary risk, then the negative effects of the monetary tightening could be more than offset by a buoyant EU market. However, if the cause of rising inflation was a crisis in the Middle East, raising oil prices and directly cutting growth, this could have very negative connotations.

The main domestic risk to the economy arises from the vigour of the recovery. Further rapid growth will see the economy reach capacity by early 2019. This is where IFAC’s warning on fiscal policy comes in.

If the economy is to continue ramping up investment in housing over the next three years, private and public consumption will have to be held back by raising taxation. Such a rise in taxation in the budget for 2019 would be required at time when the budget will already be in surplus.

However, failure to rein in demand would run the risk of repeating the mistakes of the last decade. Even if the policy of the Central Bank ensures that there is no risk of a repeat of a financial crisis, a failure to prevent overheating in the economy would greatly raise the risk of a subsequent recession.