Revenue has paid out €12.1m in ‘sweepback payments’ in last week under EWSS 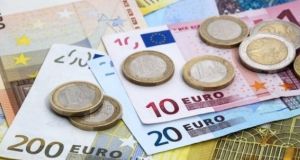 The scheme is expected to cost approximately €2.2 billion to the end of March 2021

This is equivalent to 82 per cent of employers who were previously availing of the Temporary Wage Subsidy Scheme which ended last month.

It was also revealed on Friday that Revenue is to make a preliminary end of year statement available to all employees in January who have been in receipt of the TWSS or the Pandemic Unemployment Payment (PUP) this year.

The statement will show the amount of payments employees have received and also provide a preliminary calculation of their income tax and universal service charge (USC) position, to show if there are any outstanding liabilities.

Revenue said more than €12.1 million in so-called “sweepback payments” have been made in the past week on behalf of almost 2,700 employers for over 15,000 employees under the new scheme, which replaced the TWSS at the start of September.

Sweepback payments allow employers to make backdated claims to the start of July for newly hired employees who were ineligible for the previous scheme.

Minister for Finance Paschal Donohoe said this morning that the Revenue Commissioners have also confirmed that any outstanding USC and income tax liabilities that may arise for previous recipients of the Temporary Wage Subsidy Scheme and the Pandemic Unemployment Payment will be collected over an extended period of four years, beginning in 2022.

He said he expected the tax liabilities to be small and that most cases would be associated with the wage subsidy scheme. Mr Donohoe said he was not considering a tax amnesty for these workers.

“I also want to remind employers that the scheme remains open to them for applications in the future should the time come when this support is required. We have based our cost estimate of this further intervention at approximately €2.25bn up to next March and the take up of this scheme at the moment indicates the role it is going to play in supporting jobs across this period.”

The scheme is expected to cost approximately €2.2 billion to the end of March 2021. Its predecessor cost the State €2.7 billion with more than 600,000 works receiving payments across over 69,500 businesses.

The Government in late July was forced into an embarrassing U-turn after initially excluding small business owners from the EWSS. It reversed the decision after pressure from employers, many of whom said they had no other source of income.

Revenue says that for small business owners to be eligible for the new scheme, proprietary directors must be on the company payroll and must have been paid wages over the year to the end of June. In addition, their company must meet the necessary criteria, which includes having a tax clearance certificate and be facing a 30 per cent slide in business compared to last year.

Also, where a person is a proprietary director of two or more businesses, they can make a claim under only one of them.