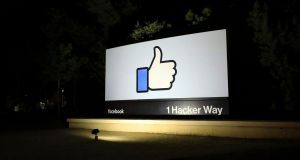 Facebook said it may have to pull its social media platforms from Europe if a ban on the transfer of personal data from EU citizens to servers in the US is upheld, it is reported in the Business Post. The Data Protection Commission made a preliminary ruling earlier this month to stop transatlantic transfers of data following a long-running legal battle.

More than 100,000 jobs in the hospitality industry are at risk, the Business Post reported, citing analysis presented to State officials. The report was commissioned by the Drinks Industry Group of Ireland and found that 114,000 jobs could be lost unless measures are introduced to support businesses in the sector.

Amber Petroleum, a fuel distributor and retailer based in Munster, has been acquired by British group Greenergy, according to the Sunday Times. The business has 35 filling stations across nine counties, comprising a mix of company- and dealer-owned forecourts.

The Sunday Independent reported that Revenue has identified a number of companies that misused the temporary wage subsidy scheme. Some 20,000 checks have been undertaken by the State’s tax collector, the paper states.

The Irish company behind waste management brands Panda and Greenstar, Beauparc Group, has acquired UK-based LSS Waste Management. The Sunday Independent reported that the deal is worth £20 million.

The Sunday Times details expenditure by the Irish Bank Resolution Corporation (IBRC). Items include €2,400 bill at a five-star hotel in Jerusalem, almost €4,000 for an air ticket from Thailand to Dublin, and €1,500 for tissues.

Mortgage brokers are demanding that Ulster Bank lay out its future plans after The Irish Times broke the story that the company’s parent group was unsure over its future in the Republic, according to the Sunday Times. Ulster Bank’s UK parent NatWest (formerly known as Royal Bank of Scotland) is considering closing the lender and exiting the market in the Republic.