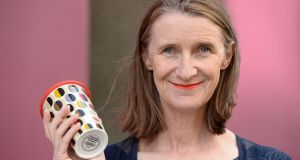 The administrators of the collapsed Orla Kiely retail fashion empire have engaged solicitors to progress potential claims against the directors of the company.

The move is part of their efforts to recover money for creditors, according to the latest administrators’ report lodged by Chris Newell to Companies House in the UK.

The collapse of Kiely Rowan plc with debts of £7.25 million (€8.06 million) in September 2018 shocked the retail and fashion industries, as the long-established business was on an upward trajectory having reported increasing revenues and operating profits for 2017.

The business suffered due to amounts used to fund the Orla Kiely retail brand expansion into the US, where the opening of a new store in New York created a drain on the cash flow, leading to a requirement for additional borrowing which eventually led to the collapse of the whole group.

Ms Kiely and her husband, Dermott Rowan, served as directors of the business at the time of the collapse. Ms Kiely’s separate licensing business continues to expand.

In their report, the administrators said they were obliged to look into any matters which may lead to recoveries for the benefit of creditors.

“This would typically include any potential claims which may be brought against parties either connected to or who have past dealings with the company,” they said.

“The joint administrators have engaged solicitors to progress potential claims against the directors of the company.”

A further update would be provided in the next report, or earlier should the matter be concluded, they said.

Metro Bank has been paid £1 million from a directors’ personal guarantee, according to the report, and an additional £719,196 from the sale of a property at 59 Killyon Road, London.

“It is likely that there will be a dividend to preferential creditors, however, the quantum and timing of the dividend will depend on the realisations and costs,” Mr Newell said.

The administration will continue in order to finalise the resolution of intracompany debt, complete distributions to preferential creditors, and investigations that may lead to further recoveries.

Mr Newell has secured a further extension for the administration to September 2021.

Time cost fees incurred by the administrators up to September 20th total £128,540.