John FitzGerald: What is actually behind Ireland's economic growth? 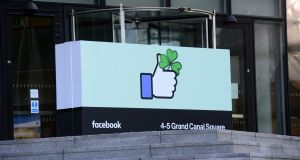 Facebook in Dublin. Most of the foreign multinationals in Ireland today are primarily here because of the availability of the skilled labour they need. Photograph: Cyril Byrne

Problems with the data on Irish economic performance and growth, distorted as they are by foreign multinational activity, has been a reoccurring theme of this column. However, some progress is being made, and last week the Central Statistics Office (CSO) published important data that help improve our understanding.

New data on employment in the multinational sector and the rest of the economy provide an essential ingredient to disentangle real economic activity from essentially paper transactions.

When the new CSO data on multinational earnings are combined with the Revenue Commissioners’ data on taxes, they allow us to gauge the contribution of multinationals to the economic recovery. The direct value to Ireland of those companies located here is the sum of their wage bill and the corporation tax they pay out of their profits. The profits after tax flow back out of the country and are not part of the income of those living in Ireland.

Today, multinationals account for one in seven jobs. From 2012 to 2017, employment in this sector grew by 1.4 per cent while jobs growth in the rest of the economy was a lot higher, at 3.7 per cent. However, this was largely partly counterbalanced by higher earnings growth for those employed in multinationals. These are typically higher skilled and higher paid than those employed in domestic firms, and their incomes rose a lot more rapidly over this period. The outcome was that the wage bill in multinationals grew by 4.2 per cent a year, compared to the average for other sectors of 4.7 per cent.

Combining the wages bill and the taxes paid by multinationals shows that these firms contributed about 12 per cent of Net National Income. Over the five-year period 2012 to 2017, their contribution grew slightly more slowly than that of the rest of the economy.

Multinationals are an important part of the Irish economy. But Ireland’s economic success is more than the simple story of reliance on foreign investment attracted to Ireland by the low corporation tax rate. That view had some validity over the period 1970 to 2000. However, most of the foreign multinationals operating in Ireland today are primarily here because of the availability of the skilled labour they need, not because of the attractions of the low rate of corporation tax. In the case of US firms in the IT sector, they can move their profits around so that they can, theoretically, choose one country to employ people and another to locate their profits and pay tax. Thus if there was a change in world tax rules they might move their profits and taxes, but employment would still remain in Ireland.

Furthermore, as the CSO data shows, Irish business has played a bigger role in driving growth in recent years than the foreign-owned sector. These data suggest that the Irish economy has matured, relying more on its own sources of growth and innovation than on a continuing injection of initiative form outside.

A second set of recently-published CSO data tries to examine real economic growth using a modified version of national income, known as GNI* (GNIstar) designed to purge many of the elements related to multinational activity that distort Ireland’s GDP statistics. However, the new “constant prices” GNI* data published by the CSO show the limits of the new measure in tracking year on year change.

Using the new indicator suggests an average growth rate of 5.5 per cent a year over the period 2012-2017. This seems sensible and consistent with a wide range of other data, such as employment growth. However, the figures for growth in individual years look distinctly odd. While the GNI*indicator shows growth in 2014 and 2016 averaging an incredible 10 per cent, for 2015, the year when “leprechaun economics” produced a 25 per cent spurt in our measured GDP, GNI* shows Ireland’s output actually falling by a small amount. Judging by movements in incomes and employment in that year, the truth lies somewhere between these extremes.

While economists were hopeful that GNI* would prove a major advance, the CSO’s scepticism that it would solve the measurement problem was clearly warranted. While the modified national income measure at current prices is very useful when considering debt or borrowing ratios, its equivalent at constant prices is not helpful in understanding growth in the economy in an individual year.

There is still further work to be done to develop additional national accounts analysis that can successfully separate out the role of multinationals from the rest of the economy. As the Brexit outlook looks increasingly choppy, understanding what’s happening in the real economy was never more important.