Irish workers eighth most productive in the world 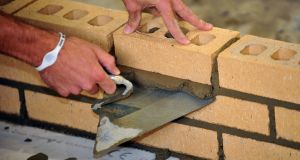 A new survey shows Irish workers add an average €1,028 each a week to the nation’s wealth

Irish workers are amongst the world’s most productive, adding an average of €1,028 each a week to the nation’s wealth, a new survey shows.

Its biggest trading partner, the US, is two slots above it in number six. Its workers generate the equivalent of €51,310.36 each every year, but they work 1,783 hours a year, making them more productive. US people produce the equivalent of €28.77 an hour.

Workers in the UK, one of the Republic’s other big trading partners, lag far behind their Irish rivals. They work fewer hours and produce less wealth. The average British worker produces just €32,553.60 a year. British people work for 1,676 hours, meaning that they produce €19.41 an hour. The UK ranked 17th out of the 35 countries surveyed.

Luxembourg, which is number one on the list, generates €87,664.32 per person. However, its residents spend just 1,512 hours a year at work, meaning that they produce €57.91 an hour, more than twice what Irish people generate.