Lenders took back 221 properties during the second quarter 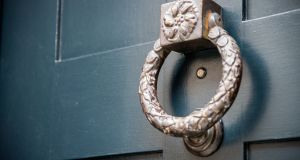 Latest Central Bank numbers show lenders were in possession of 1,407 principal dwelling houses at the end of June 2019. Photograph: iStock

House repossessions jumped by almost 75 per cent in the second quarter of 2019, according to figures from the Central Bank.

The figures show a total of 221 properties were taken into possession by lenders during the quarter, up from 127 properties in the previous period.

Of the homes taken into possession, the majority (189) were voluntarily surrendered or abandoned while the remainder (32) were repossessed on foot of court orders.

Despite the pick-up, the overall rate of repossession here remains low by international standards.

The Banking & Payments Federation of Ireland, the chief lobby group for banks, said last week the “tsunami of repossessions” forecast in the wake of the crash had not materialised, citing official figures showing fewer than 10,000 homes had been repossessed since 2009.

However, David Hall, chief executive of the Irish Mortgage Holders Organisation, criticised the federation’s comments, saying they showed a contempt for people who had lost their homes.

The latest Central Bank numbers show lenders were in possession of 1,407 principal dwelling houses at the end of June 2019 while there were 341 mortgage accounts where legal proceedings concluded but arrears remained outstanding.

As of the end of June there were 723,280 private residential mortgage accounts for principal dwellings held in the Republic, with a value of €97.6 billion. Of this, 61,901 accounts were in arrears, representing a decrease of 933 accounts or 1.5 per cent over the quarter.

The number of accounts in arrears over 90 days fell 0.8 per cent over the quarter, marking the 23 consecutive quarterly decline.

The Central Bank said the decline in the number of accounts in arrears over 720 days seen up to early-2018 had slowed in recent quarters, and decreased only marginally, by 187 accounts, in the second quarter.

This cohort of borrowers in long-term arrears now accounts for 45 per cent of all accounts in arrears and at €2.4 billion represents nearly 90 per cent of arrears balances outstanding.

The number of owner-occupier mortgages now classified as restructured stood at 94,355 in June. Of these restructured accounts, 86 per cent were deemed to be meeting the terms of their current restructure arrangement.

The figures show non-bank entities held 13 per cent of all owner-occupier mortgages accounts outstanding. Within this, 11 per cent were held by regulated retail credit firms with the remaining 2 per cent held by credit-servicing firms.

Chief executive Diarmuid Kelly said 89 per cent of all the arrears, or €2.4 billion, are in arrears for more than 720 days.

“The majority of the arrears, 34.5 per cent, are being dealt with by way of arrears capitalisation, adding the arrears to the principal balance, largely a non-solution,” he said.

“And more than one in five of these are not meeting the terms of the so-called restructure.

“This failure to deal with the most difficult and costly arrears is costing other borrowers in interest charges,” he said.

1 ‘I’m so lucky to be in the Caribbean – a million miles from Derry Girls’
2 ‘The recovery needs to be a full-scale economic renewal’
3 Household savings soar as consumers stop spending
4 Tobacco makers still trying to make a mint from Irish menthol market
5 Ireland stands to benefit in a big way from investing in public transport
6 Tax and the Pandemic Unemployment Payment: Your questions answered
7 Joint accounts: if one of us dies, can the other access the money?
8 Stocktake: Active fund managers fail to earn their keep
9 Ireland’s recovery is partially due to us learning our lesson
10 How Tony Buzan used mind maps to doodle his way to millions
Real news has value SUBSCRIBE