EY sees Irish economic growth being slashed to 1.3% next year in the event of a no-deal Brexit, before rebounding to 2.1% in 2021 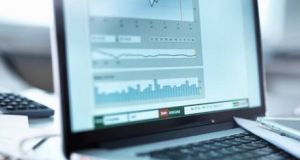 The Northern Ireland economy is projected to contract by 0.6% next year under a no-deal scenario. Photograph: Getty Images

In the event of the UK leaving the EU with a deal, EY expects growth of 3.7 per cent this year, compared to a 4.1 per cent projection made in June. In a new report on the economy here, EY has cut its 2020 growth forecast to 3 per cent from 3.3 per cent previously.

The Northern Ireland economy is projected to contract by 0.6 per cent next year under a no-deal scenario, according to the report.

“The external economic climate is as challenging as it has been for a decade,” said Neil Gibson, chief economist for EY Ireland. “Despite strong domestic tailwinds, the dual threat of trade wars and Brexit have the potential to derail Ireland’s rapid growth.

“Estimates of a no-deal impact vary considerably, but they all suggest there will be a cost in the form of disruption across the island,” Mr Gibson said. “Regardless of the overall macro impact, the local and firm-specific effects could be devastating for some, with no-deal job losses likely to have a very particular sub-regional pattern.”