Government will spend €3bn on rent subsidies over next five years 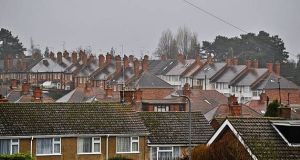 The combined cost of the three main rent support programmes – rent supplement, the housing assistance payment and the rental accommodation scheme – is expected to be some €535m this year

The Government will spend in excess of €3 billion on rent subsidies over the next five years, according to official projections. This represents a 25 per cent pick-up on the previous five-year period, and reflects the Government’s increasing preference for using the private rental sector to accommodate lower-income families rather than social housing.

The combined cost of the three main rent support programmes – rent supplement, the housing assistance payment (Hap) and the rental accommodation scheme (Ras) – is expected to be in the region of €535 million this year.

Assuming the Government’s own projections for the number of tenancies expected to be availing of these schemes in the coming years, this will rise to €714 million in 2021.

An additional 12,013 households have already applied for rent support under the Hap scheme so far this year, equating to 280 a week, bringing the total number of active Hap tenancies to 28,506 in October. According to the Government’s Rebuilding Ireland strategy, this figure is expected to rise to 83,760 by 2021.

The scheme, initially run on a pilot basis in Limerick in 2014, has now been rolled out nationwide, and is designed to gradually replace rent supplement.

The cost of State-subsidised rentals – often referred to as social housing solutions – has risen significantly in several countries, including Ireland, over the past decade as governments shift from “bricks to benefits” to deal with the lack of affordable housing.

Anti-poverty campaigners insist that without the various rent subsidies thousands of families would be left homeless.

Opponents counter that the subsidies ultimately go to private landlords and fuel rent rises, and that the money could be used to build social housing directly.

“In order to ensure that all of the households currently on the housing waiting lists are accommodated, the reliance on the private sector will be necessary until the [social housing] build programme reaches a critical mass in the latter years of [the Government’s] Rebuilding Ireland strategy,” a Department of Housing spokesman said.

He also said that in the latter years of the delivery programme the number of households accommodated annually under Hap and Ras would fall as the build programme increased.

“Over the lifetime of Rebuilding Ireland some 137,000 households will have their housing needs met. Of this, 50,000 will be housed in new build, acquired, refurbished and leased homes.”

However, Sinn Féin TD and spokesman on housing Eoin Ó Broin said: “The Government’s housing plan represents a very significant shift away from the direct provision of social housing, and towards a policy of indefinitely subsidising social housing tenants in private rental accommodation.”

He said of the 136,000 “social housing solutions” promised in Rebuilding Ireland, only 42,500 were real social houses owned by local authorities or approved housing bodies.

“This means that 93,500 tenancies, almost 70 per cent of the total, are subsidised private sector tenancies, the overwhelming majority of which are for just two years.

“This is bad for tenants as it deprives them of real security of tenure, it is bad for communities as it promotes transience, and it is bad for the taxpayer as in the long term it is much more expensive than the provision of real social housing.”