Cliff Taylor: Budget 2018 tried to be all things to all lobbies, but it is spread thinly

Analysis: Government left hoping that threat of Brexit does not upset the sums 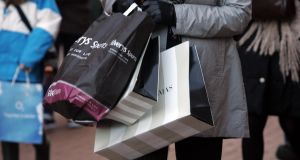 Gains of €5 a week for single middle income taxpayers – or €10 a week for double income couples – are not going to add noticeably to spending in the economy next year.

For some weeks now the Government has been trying to figure out how to stop Budget 2018 falling completely flat. The only way to do so was to raise a big chunk of new revenue to pay for some rises in spending and at least some income tax cuts.

In the event the €830 million in new revenues raised by Paschal Donohoe, added to the existing room for manoeuvre, allowed for a package of €1.2 billion, while still staying within EU budget rules.

In the end all the circles were squared and all the various parties needed to get the budget through the Dáil got their pound of flesh. But this did leave the extra Budget cash spread thinly.

Like all Budgets, this one is a bet on economic growth, which the Government expects will continue to exceed 3 per cent next year and the year after. With Brexit and other external threats in the wings, there is some risk here. The Government was correct to stay within EU rules and deserves credit for not trying to get round them. But we do need a strategy in case Brexit goes wrong and hits growth and tax revenues. While we will meet EU borrowing rules next year we will still, on existing forecasts, be adding to our national debt both next year and the year after.

The decision to move €1.5 billion from one Government agency to another new rainy day fund does not really advance our preparations in this regard. The Government also needs to clarify that all the revenue raising measures will come in on target, particularly the rise in commercial stamp duty where the €376 million revenue pencilled in is being questioned by the industry.

Money does need to be found to boost investment in the economy - crucial to our competitiveness and growth prospects. The Government is planning a significant rise in its capital programme. Can we afford to do this, and cut taxes at the same time?

Politics seems to demand that we don’t really examine such questions and that annual giveaways of at least €1 billion are now almost a budget requirement. It all created a bit of fizz on the day, as the package was bigger than anticipated until recently.

Inevitably, most of the initial focus is on tax cuts, as these can be counted in euro and cent. However, in the year ahead, the bigger political factors will be whether growth can be maintained and whether the Government can deliver on key public services – particularly in the crunch areas of housing and health. The glow of the €5-a-week budget will quickly fade, but the debate about health and housing will rage on.

The cuts in income tax and USC will be welcomed by taxpayers, many of whom struggle to balance the bills due to high rents or mortgages, but the net gains are limited. An additional €5 a week for single middle income taxpayers – or €10 a week for double income couples – are not going to add noticeably to spending in the economy next year.

In any case the hard work for the Government lies ahead. There does not seem to be any immediate political landmine in the budget - provided the Government can show that the revenue raising measures add up. Instead, the Government faces the twin issues it did beforehand – health and housing – and the really difficult task of delivering and managing change.

Announcing a 5 per cent increase in the health budget next year, the minister made the customary, almost plaintive, call on the department of health and the HSE to deliver value for money and better services. But it remains to be seen whether the Government can make any sustained progress here. It has promised a significant rise in employment in health - and in the gardaí and education- which, if delivered, will be politically significant.

Housing was one of the main themes of the budget, and the Government is trying to turn the dial via measures to encourage developers to bring land more quickly into development. Again, we have seen in recent months just how complex and multi-faceted this problem is.

It has been clear for some time that politically the budget would in some ways be a trailer to the big announcement of capital spending plans for infrastructure for the next decade due before the end of the year. Paschal Donohoe has vowed to avoid the mistakes of the past. With State investment spending due to more than double from €3.8 billion a year in 2015 to €7.8 billion by 2021, an economic imperative is that the money is spent where it can have the biggest economic and social impact, and not in response to political or lobbying demands.

The investment plan was set by the minister in the context of Brexit, which was also a theme running through the budget speech. We can’t be like rabbits in the headlights waiting for Brexit, of course.

But despite the many references to Brexit, the Government has crossed its fingers, hoping that it doesn’t make too big a hit on economic growth. Here’s hoping they are right.

1 Chris Johns: Boohoo exposed on pay and conditions in digital economy
2 Hotel bookings collapse in wake of additional Covid restrictions
3 Estée Lauder staff at Dublin airport plan further strike action
4 In this strangest of recessions, what happens next for Ireland?
5 Michael O’Leary is the boss you want to lead an airline out of crisis
6 Should I switch bank now with Ulster Bank at risk of closing?
7 FBD changes wording of insurance policies as fight over virus payouts plays out
8 Best Covid-19 ‘influencers’ will avoid hectoring
9 Minister seeks AG’s advice on banker accountability laws
10 Air travel never going ‘back to way it was’
Real news has value SUBSCRIBE