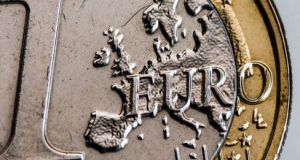 Ireland has successfully manoeuvred its way through the dangerous waters of international corporate tax debate in recent years, watching as various EU harmonisation moves ran into the sand and staying just ahead of the game in terms of tweaks to our own regime. But it’s not getting any easier.

Figures showing the massive contribution of a few companies to the Irish exchequer are eliciting envious glances elsewhere in Europe.

And now new moves in the Apple saga have turned up the heat yet further. The European Commission’s latest intervention, deciding to refer Ireland to the EU Court of Justice because the back tax from Apple has not yet been collected, has significantly increased tensions between Dublin and Brussels. The Department of Finance, in a clearly angry response, said the move was “ extremely regrettable”and “ wholly unnecessary”, as the necessary technical work to collect the money is well underway.

The €13 billion-plus in back tax and interest was due to have been collected by January and placed in an escrow account pending the legal appeals from Apple and Ireland, and the Commission is getting impatient. It clearly believes that Ireland and Apple are engaging in unnecessary delay here, saying they have been told that the exact amount due will only be calculated next March.

The latest development has again lit a fire under the Apple tax controversy and significantly upped the stakes in the legal appeals to come from Apple and the Government.

The commission will claim no malice against Ireland: on Wednesday it also announced that it will penalise Amazon for tax arrangements in Luxembourg. However the €250 million at play here is a pittance compared to the Apple tax bill. If there is any sympathy for us in Brussels about our exposure to Brexit it is very well hidden.

And there is a wider context to all this. Over €2.3 billion was collected here last year from the top 10 corporate taxpayers, and an attempted smash and grab from the bigger EU countries is focusing on these few big players and what they pay.

The latest proposal is a special tax on the “digital economy” – among whom are the likes of Google and Facebook who, we must assume, are on our “top 10” list.

The finance ministers of France, Germany, Italy and Spain have proposed that these companies pay tax in the EU based on revenues – or sales – rather than on profits. The proposal has got significant backing - from at least 10 countries though any one member can veto it.This, of course, would mean a lot of tax paid in big markets where most sales are made, and less paid here.

It is unclear whether this proposal will fly as there are a lot of practical questions about its implementation. But in the background other moves carrying danger for Ireland are also progressing, notably the EU plan to create a common corporate tax base and, at a later stage, to move on to collecting corporation taxes on a “consolidated” central EU basis.

Ireland’s strategy is to hitch itself to the reform wagon being led by the OECD in Paris, as opposed to the EU moves, as the two bodies vie for supremacy in the battle against tax avoidance.

One of the ironies is that Ireland is benefiting from some of the moves under the OECD Base Erosion and Profit Sharing (Beps) process. Over the past few years some big US firms have moved the ownership of their intellectual property (IP) – the copyrights, trademarks and so on behind their products – to Ireland. They had previously been housed in tax havens, now seen as a “no no” under emerging tax rules.

This “onshoring” messed up our 2015 GDP figures, bringing us the year of leprechaun economics, though the impact on tax revenues is limited by the huge capital allowances companies can claim in return for their Irish subsidiaries taking on these assets.

But, as economist Séamus Coffey pointed out in his recent Government-commissioned report on corporation tax, they are another “spoke in the wheel” which strengthens foreign investment here.

Also, companies need to have relevant functions in Ireland to guarantee the full tax benefit of having their intellectual property assets here. According to IP strategist and former multinational CEO Raymond Hegarty, this will hopefully attract and hold more high-skill jobs in Ireland.

The Coffey report called on Paschal Donohoe to tweak the tax allowances related to this IP, restricting the amount of profits which could be sheltered from tax due to capital write-offs to 80 per cent, compared to 100 per cent now.

This could boost revenues next year if introduced in the budget, though by how much will depend on the mechanism used. It would, however, be presented as another move to update our tax regime, following the announcement in 2014 of the phasing out of the controversial double-Irish tax relief.

The big companies played the tax game too hard over the years and are now facing a kickback. Ireland, one of the many countries who tangoed with them, is also in the spotlight. The latest moves on Apple will ensure that we stay there - which is presumably just what the commission wants.

We may feel this is unfair. But it is what it is. All the signs are of battle lines being drawn as Europe sets it sights on our corporate tax regime.