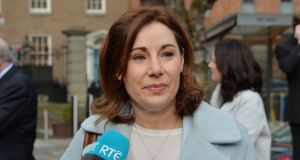 A comprehensive review of the Local Property Tax will commence after the budget to avoid dramatic hikes in charges when the six-year freeze on valuations ends in 2019.

Government sources said Minister for Finance Paschal Donohoe might signal an intention to review the arrangement of the tax in next week’s Budget, but any change in the tax will not occur until next year’s budget.

The all-party Budgetary Oversight Committee, chaired by Fine Gael TD Josepha Madigan, will begin a review during this Dáil session. A number of experts on property law, tax matters and property economics will make contributions between now and Christmas. It is also expected that officials from the Department of Finance will participate.

At present, the LPT is levied on values calculated in 2013 when property prices were close to the lowest point reached after the economic crash.

Since then property values have been subject to a sharp increase, particularly in Dublin, where they have climbed more than 60 per cent above their lowest point.

It’s all about fairness and proportionality. Nobody could have foreseen there could be such a stark increase in property prices

The difficulties have been compounded by the fact that outside Leinster, price rises have been more modest. In Donegal, for example, values have increased by only 10 to 15 per cent in some areas.

Ms Madigan, alongside Dublin colleagues Kate O’Connell and Maria Bailey, have all raised the issue within Fine Gael.

“It’s all about fairness and proportionality. Nobody could have foreseen there could be such a stark increase in property prices,” said Ms Madigan. “We want to evaluate and recalculate. The Taoiseach said he does not want a sudden hike.”

Mr Donohoe told Ms Madigan’s committee that he believed in progressive base-widening taxes such as property tax, and confirmed the freeze on valuations would come to an end in 2019. However, he added he will look at changes to the tax.

“I am very conscious of the concerns to the effect that there may be sudden large shifts in the tax bills people may face. As the Taoiseach has articulated, we will certainly take that into account in trying to avoid such a scenario.”

Ms O’Connell said that she had lobbied on this issue on behalf of constituents who are concerned about potential rises. “People are already overstretched. We have had no sign in private or public sectors, or big increases in salaries.”

Trinity College Dublin economist Ronan Lyons, author of the Daft.ie report on property prices, said the increases would be most stark in parts of the capital where property prices fell very low. They included Dublin 1, 10, 12, 7 and 8.

He said property tax was by its nature a progressive tax, where wealthiest pay more. One option open to the Minister was to lower the tax form from 0.18 per cent of the property value to 0.12 per cent.

However, Dr Lyons pointed out that Ireland already paid one of the lowest property tax rates in the OECD.

Dr Lyons said the tax should be revalued every three years. He also said that the review could look at systems for paying in other countries.