Chris Johns: Hold the gloom – it really could be different this time

A global recession is forecast, but something is keeping inflation and interest rates down 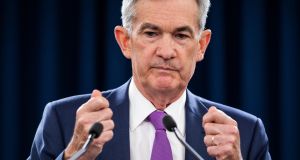 Apprentice investment bankers are taught to beware the words “it’s different this time”. There are many historical examples of financial ruin visited on anyone who professes to believe that the world has changed. In the run-up to the last financial crisis, plenty of people acted as if house prices could never go down; similar beliefs existed about technology stocks during the dot-com boom at the end of the last century.

Neither set of beliefs stood up well after the property and technology bubbles burst. More generally, we are now hyper-vigilant about similar arguments: scorn and derision await the analyst or commentator who speculates that something different is about to happen. It is much safer to assert that the future will be pretty much like the past.

One consequence of this is a widespread belief that a global recession is due soon. Many serious forecasters (is that an oxymoron?) think that if a significant slowdown doesn’t start this year, it will be a nailed-on certainty for 2020.

There are three reasons for the gloom. First, the current cyclical upswing has now lasted longer than most periods of growth: what goes up, must come down. Second, there is an awful lot of debt, particularly corporate borrowing, in many different countries. Third, China has slowed and one or two European economies are either close to recession (Germany) or in one (Italy).

Anyone who thinks a global recession is not on the cards must, therefore, be arguing “it’s different this time”. If growth continues, the nature of the business cycle must be different from the last: it will, at the very least, involve a big increase in longevity. The current upswing should have applied for its bus pass a good while ago. In addition, the signs of actual slowdown are real and the stresses from too much debt are also obvious.

Nevertheless, this reluctant forecaster thinks there are plenty of reasons for the current upswing to persist for a lot longer than the doomsayers seem to think.

All the worries about debt and recession provide an explanation of sorts for the sell-off in global stock markets during the final quarter of 2018. That’s an explanation but not necessarily the explanation. The trouble with most stock market punditry is that we often read sentences like the former but rarely does anyone admit to the latter.

Is there any information in the fact that the US stock market has just had its best January since 1987? Probably not. Is there a connection between that stock market bounce and the decision by the US central bank, the Federal Reserve, to reverse its previous stance and not, for the time being at least, raise interest rates further? Probably. Have US interests rates peaked for the current cycle? Maybe.

Under normal circumstances, that suggestion about US interest rates reaching the top of their own cycle would have prompted a lot of headlines. Because, if true, US rates have peaked at 2.4 per cent. That’s a peak of precisely zero in real, inflation-adjusted interest rates. That’s one very large feature of the current cycle that is most definitely different this time. In real or nominal terms, rates usually reach much higher levels before they turn.

Unless you are an Irish mortgage payer, interest rates everywhere around the world are barely above zero. That’s as weird as it is different. And nobody really knows why. There are plenty of ideas, but few wholly convincing ones.

Is there anything that can be distilled from all of these confusing signals? Encouragingly, that decision by the Federal Reserve must have been taken because of the state of the global economy, not the US economy (where growth, particularly for jobs, remains solid). So, we still have a global monetary policeman and the US economy is in decent shape.

Less positively, Europe’s economy is, once again, proving to be a disappointment. The lesson of past decades is that any burst of EU economic optimism will always be dashed by Germanic reluctance to borrow, let alone spend. Europe has been a slow-growth area for as long as most of us can remember and this is unlikely to change.

If a possible peak in US interest rates at current levels is remarkable, consider the idea that ECB interest rates may not rise at all during the current cycle. That would, truly, be different.

A decade on from the financial crisis, a decade of economic growth, we see no signs of inflation. That’s a big underlying driver of that interest rate story. Indeed, financial market measures of expected inflation have been tumbling recently, suggesting that central bankers have been making a mistake by keeping interest rates, such as they are, too high.

Something really is different this time. Something is keeping inflation and interest rates orders of magnitude lower than is usual or expected. Understanding and dealing with the forces driving all of this will, ultimately, be much more important, economically at least, than the current distractions.

Growth may not be spectacular (outside Ireland anyway) but there are plenty of reasons to expect it to stay that way for the foreseeable future. It’s that lack of “spectacular” that is actually encouraging: less is more.