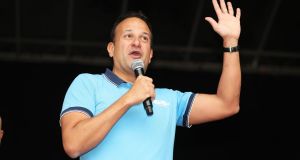 Taoiseach Leo Varadkar is to seek a deal with the UK for an all-Ireland customs regime for food and agriculture, if Boris Johnson accepts an invitation to talks in Dublin later this month

Taoiseach Leo Varadkar is to seek a deal with the UK for an all-Ireland customs regime for food and agriculture, if UK prime minister Boris Johnson accepts an invitation to talks in Dublin later this month. The Sunday Times reports that the DUP is pushing for Johnson to demand a time-limit to the backstop of between three and six years.

The UK’s MPs have been told it is too late to prevent a no-deal Brexit, according to the Sunday Telegraph. Reporting on briefings given by Boris Johnson’s senior aide Dominic Cummings. It says that, according to Cummings, if Johnson loses a no-confidence vote in September – potentially leading to a general election – the UK prime minister has the power to schedule the poll for after Halloween. The same paper reports that London’s financial services firms have stopped hiring due to Brexit uncertainty and fears of an economic slowdown.

On RTÉ radio’s Marion Finucane show, former Downing Street chief of staff Jonathan Powell reiterated that there was no other alternative in place but the backstop agreement. Powell, who played an integral role in the Northern peace process, also discussed the options for a general election in the UK.

The Government ignored advice from experts to restrict the advertising of short-term rental properties on platforms such as AirBnb to hosts who had registered their property with local authorities. Since last month, hosts have to register with authorities and can only rent out an entire property for a maximum of 90 days without requiring planning permission. However, the Government has opted to leave enforcement to the local authorities and there is no restrictions or responsibility on the letting platforms.

ECB governor Mario Draghi raised concerns over the appointment of the new Central Bank governor, Gabriel Makhlouf, directly with the Minister for Finance Paschal Donohoe, the Sunday Independent reports. The paper says the concerns centre on the fact Makhlouf has no experience working in a central bank and is not an economist.

Insurer AIG will no longer provide public liability cover for the hotel sector from next year, according to the Sunday Times. It says the move will leave up to 50 hotels at risk. AIG’s decision is based on the increase in claims costs in liability insurance.