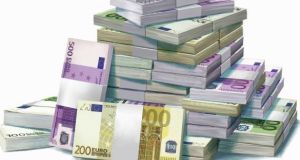 Ireland’s €12.5bn corporation tax windfall is linked to the strong performance of its multinational sector

The Department of Finance is expecting another surge in corporation tax this year despite a severe global recession arising from coronavirus.

In a foot note to its budgetary White Paper published on Friday, it forecast that receipts from the business tax would hit a record €12.5 billion in 2020.

The forecast, which would equate to an increase of 15 per cent on the €10.9 billion collected last year, is based on exchequer return data for the first nine months of the year.

The windfall is linked to the strong performance of Ireland’s multinational sector, which is dominated by pharma and technology companies, which, in many instances, have seen a pick-up in demand for their products and services during the pandemic.

The better-than-anticipated return in corporation tax is one of the reasons why the Government is expecting a budget deficit this year of around €21 billion instead of the €25 billion originally forecast.

Receipts have doubled over the past four years, with the increase linked to a global clampdown on tax avoidance and the onshoring of assets, such as intellectual property (IP), here.

The Government has, however, been warned by its budgetary watchdog, the Irish Fiscal Advisory Council (Ifac), not to use the windfall to cover increases in day-to-day spending as it is concentrated around a small number of firms and therefore inherently volatile.

Some 77 per cent of receipts last year came from foreign-owned enterprises or multinationals, and 40 per cent from just 10 big firms, including Apple, Google and Microsoft.

Ifac’s former chairman Séamus Coffey estimated that €2 billion to €6 billion of the total could be classified as “excess” or above the economy’s underlying performance and/or historical norm.

Separate figures from the the Central Statistics Office (CSO) on Monday show that prior to the Covid-19 pandemic the Government had generated a budgetary surplus and saw debt as a percentage of income fall to its lowest level in more than 12 years.

The full-year statistics show the Government generated a surplus of €1.9 billion in 2019, 0.5 per cent of gross domestic product (GDP).

The figure is expected to morph into a €21 billion deficit this year, with spending on Covid-related wage and health supports soaring and a fall-off in tax revenue, particularly VAT.

Gross debt is also expected to rise considerably this year as the Government borrows to pay for Covid-related expenditure.

The auction brings to €22.75 billion the amount the NTMA has raised on the long-term debt markets so far this year.

In May it set a funding target of €20 billion to €24 billion to help deal with the cost to the exchequer of the pandemic.

1 Direct sea routes to Europe offer certainty in choppy Brexit waters
2 ‘I don’t need to do any of this. . .I don’t actually need to work.’
3 Anti-alcohol zeal of public health experts peppers reopening debate
4 There was no vaccine for Anglo: Why the last crisis was different
5 Move to EU or face disruption, City of London is warned
6 ‘Make plans but don’t hold on to them too seriously’
7 Admission of mistake in Oxford vaccine dose raises doubts over reliability
8 Pavlok: zapping bad habits with 450 volts
9 Solicitor must be struck off over ‘extremely serious’ misconduct, court rules
10 German watchdog reports EY to prosecutors over Wirecard audit
Real news has value SUBSCRIBE