Budget 2019: No significant boost in disposable income in real terms 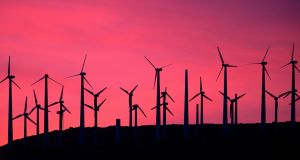 One measure that was widely expected in the budget but did not materialise was an increase in the carbon tax. Photograph: David McNew/AFP/Getty Images

What was the combined effect of Tuesday’s budget measures, taken as a whole, on households? Ultimately, it depends on what we take as the appropriate point of comparison.

A budget that leaves tax credits, bands and welfare rates frozen in cash terms will fail to capture the fact that rising prices reduce peoples’ purchasing power, while wage growth will result in people paying a higher share of their income in taxes. Likewise, holding excise duties and carbon taxes fixed in cash terms equates to a real-terms cut. Freezing social welfare rates in nominal terms will result in the income of welfare recipients falling behind the rest of the population and will ultimately lead to a rise in poverty and income inequality over time.

Indeed the Government’s Roadmap for Pensions Reform announced the intention to examine retaining the State pension at its current rate of one-third of average earnings. Meeting such a target would require automatic indexation in line with earnings. With prices expected to rise by just over 1 per cent and wages by more than 3 per cent in the next year, simply comparing Budget 2019 measures to last year’s tax and benefit system does not provide a distributionally neutral benchmark.

Such a benchmark is provided by comparing budget measures to what would have happened if tax and benefit thresholds rose in line with forecasted average wage growth. Relative to this, Budget 2019 results, on average, in small losses as a percentage of household income, ranging from -0.9 per cent for the lowest income group to -0.4 per cent for the highest income group.

Compared with an alternative price-indexed benchmark, the tax and benefit measures introduced in Budget 2019 result in no change in average household disposable income, with a small gain of 0.1 per cent for the lowest income group balanced out by smaller changes further up the income distribution. These results indicate that the budget’s tax and benefit changes generally kept pace with prices, but were not large enough to keep pace with wage growth.

It is worth bearing in mind, however, that increasing tax thresholds and welfare payments is costly, and the extent to which this should be done is ultimately a political decision. Simply increasing all tax and welfare parameters by anticipated 3 per cent wage growth would cost nearly €1 billion, while increasing them in line with price inflation of 1 per cent would cost more than €300 million – money that would not be available for increased spending elsewhere such as on capital investment or public services.

One measure that was widely expected in the budget but did not materialise was an increase in the carbon tax, introduced in 2010 with the aim of reducing greenhouse gas emissions. At €20 per ton the rate remains well below the €80 per ton suggested as necessary by the Climate Change Advisory Council to meet the Government’s own emission reduction targets. Recent ESRI research estimates that even a doubling of the current carbon tax to €40 would result in only a 5 per cent decrease in emissions, leaving Ireland well below committed targets. Delaying taking action raises the prospect of large EU fines, along with the size of future carbon tax increases that will ultimately be needed.

Dr Claire Keane is a senior research officer at the ESRI