We must invest more in areas which underpin productivity; talent and higher education must be prioritised 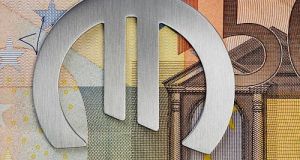 To date the higher than expected corporation tax receipts have been largely matched by budget overruns in health expenditure. This trend cannot be allowed to continue in future years without damaging the economy

The ink on Budget 2019 is barely dry but already the next big agenda item for the economy is fast approaching - Ireland’s competitiveness is about to face the biggest shunt in over a decade.

With almost full employment and limited capacity across the economy, protecting our competitiveness is going to be the single biggest challenge for the coming years. It may ultimately be a bigger threat than Brexit to the wider Irish economy. Unfortunately, by raising taxes for hospitality and other sectors of the economy, the budget has already made us less and not more competitive.

The most significant economic event in the past week wasn’t actually Budget 2019; it was the announcement last Friday that Government plans to take in €1 billion more than expected in corporation tax this year. Business created a buoyant backdrop for Budget 2019.

Corporation tax revenues have more than doubled over the past four years with particularly large outperformances in 2015 and again in 2018. It is worrying, however, that too much of this bonanza flowing from the business sector has now been incorporated into the country’s day-to-day spending commitments.

On the plus side, the investment focus of Budget 2019 was the right approach given the quality of life challenges which we currently face. Our public services, infrastructure and housing sectors all still carry the scars of the austerity years and the spending measures announced were the most significant yet since the economy recovered. Improving quality of life is a core business issue and it is welcome to see the substantial increase in investment while still achieving a balanced budget.

While it is very positive to see substantial increases of €1.5 billion in the capital spending budget, the failure to adequately address the funding crisis in higher education is a major concern to business.

On a pro rata national income basis, the university sectors in the UK and the Netherlands – our most potent European competitors in the battle to woo intellectual property – are performing four to five times stronger than in Ireland, according to the latest global university rankings.

The correlation between having a highly-ranked university sector globally and strong domestic economic growth is perhaps not sufficiently recognised. Unless we deliver adequate investment for the higher education sector, we risk long-term damage to Ireland’s reputation as a place to do business and ultimately this will lead to an erosion of the tax revenues which fund a wide range of public services.

To date the higher than expected corporation tax receipts have been largely matched by budget overruns in health expenditure. This trend cannot be allowed to continue in future years without damaging the economy.

The Irish and global economies remain in a sweet spot despite the gathering storm clouds. The window of opportunity to sensibly allocate the fruits of our recent economic success to the investment areas which will help insulate us against an inevitable downturn is rapidly closing, however. Our recent economic history has shown us that a tight labour market, coupled with a rapidly expanding construction sector, will drive up costs and wages across the economy. This is unwelcome but inevitable.

What can be done to offset these risks?

We urgently need a much tighter rein on day-to-day public spending. In particular, the continuing escalation in the health budget is difficult to justify.

We must invest more in the spending areas which underpin productivity; talent and higher education must be prioritised. The internationalisation of Ireland’s business model has been very good for our economy and society.

If we continue to ignore key investment needs, however, we risk killing the golden goose of burgeoning business taxes which funded so much of the largesse on budget day.