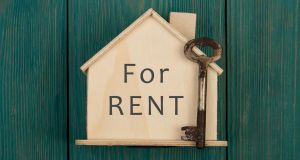 Residential landlords paid tax on just 59 per cent of their rental income in 2016, claiming total deductions of some €1 billion

Meetings between Minister for Communications Denis Naughten and David McCourt, the lead bidder for the Government’s National Broadband Plan, worth in excess of €500 million, are coming under scrutiny. Yesterday the Minister said he met with the chairman of Granahan McCourt, not only in New York in July , as reported over the weekend, but also in Dublin in June. He also “facilitated” a lunch in the the Dáil for the financier.

Residential landlords paid tax on just 59 per cent of their rental income in 2016, claiming total deductions of some €1 billion, according to new figures. This is the first time the Revenue Commissioners have been able to provide such a breakdown on rental income.

Los Angeles private equity group Oaktree and Dublin-based Sigma Retail Partners have pushed out a decision on whether to proceed with Ireland’s first retail real-estate investment trust (Reit) flotation to 2019, as they focus on developing their assets amid volatile equity markets.

A long-time associate of businessman Denis O’Brien has been appointed as the new chief executive of Enet, the Limerick-based telecoms group, which is part of the consortium bidding for the Government’s National Broadband Plan. Peter McCarthy’s association with Mr O’Brien stretches back to 1997 when he worked as the head of procurement for Esat, the telecoms firm that Mr O’Brien set up in the early 1990s, which went on to secure the State’s second mobile phone licence.

James Murdoch has become the favourite to succeed Elon Musk as the chairman of Tesla, which has to replace the electric carmaker’s founder in the role by the middle of next month.

Assessing the impact of Budget 2019, Claire Keane of the ESRI warns that delaying action on carbon tax “raises the prospect of large EU fines, along with the size of future carbon tax increases that will ultimately be needed”. Ibec’s Fergal O’Brien, meanwhile, argues that Ireland’s competitiveness is about to face the biggest shunt in over a decade and Tuesday’s budget “has already made us less and not more competitive”.

Cantillon assesses the budgetary and staffing needs of the Data Protection Commissioner, even in light of the increases announced in the budget. Cantillon also muses on how Ikea’s move to add city centre shops to its portfolio seems ideally suited to a miserably vacant site that that the Swedish furniture retailer would slot into just perfectly: the former Clerys department store on O’Connell Street.

Amid the constant failed promises of paperless offices, Ciara O’Brien looks at realistic tech options to reduce not only the piles of files but even the commute.

We also profile the three finalists in the sustainability category of The Irish Times Innovation Awards, while Fiona Reddan looks back on the life of a true Irish innovator, Brendan O’Regan, who was the ‘father of duty free’ and saviour of Shannon.