The €50,000 limit means cars like the Tesla Model X won’t fully benefit from the 0% BIK rate on electric cars 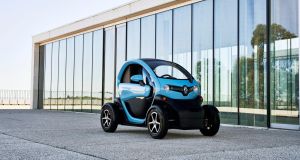 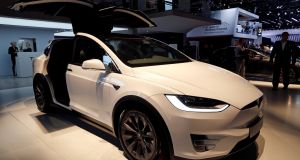 Minister for Finance Paschal Donohoe flagged in his Budget 2019 speech that the 0 per cent benefit-in-kind (BIK) rate for electric vehicles will be extended for a period of three years.

A BIK is a non-cash benefit an employer gives to an employee and the retention of the 0 per cent rate effectively means that no taxable benefit arises for an employee where they’re given an electric car or van by their employer.

However, in Budget 2019, the Minister put a cap of €50,000 on the original market value of a vehicle that qualifies for this tax rate. Any amount over the €50,000 limit will incur BIK.

That reduced cap means that for models like the new Jaguar I-Pace and Teslas current range in the Republic, a BIK bill is going to be involved.

So, which electric car can you get that will not incur BIK? Well, there are more options than you might realise.

If a German car is more your thing, BMW’s i3 electric vehicle charges 80 per cent of its battery at a quick charging station in 42 minutes. The car has a 260km range. Prices for the I3 start from €45,750 before the grants.

The latest electric version of Volkswagen’s Golf – the e-Golf – has hit the Irish market with prices starting from €45,550 before the grants. The car has a range of about 300km.

Notably, if you were buying a Volkswagen Golf that wasn’t electric – even at the most basic level – there would be considerable cost for employees, considering prices start from €21,095. In a worst-case scenario, an employee could be paying more than €3,290 a year in benefit-in-kind. With the 0 per cent rate, there are obvious incentives for employers to opt for the electric VW.

Hyundai’s Ioniq comes in different formats, one of which is full electric. Starting from €38,995 before the grants, the car has a 280km driving range.

If you’re keen on a Renault that can travel further, the company’s Zoe range also falls within the cap, with prices starting from €33,590 before the grants for the bottom of the scale and €39,990 for the higher end cars. While Renault boasts that the Zoe can travel up to 400km, it says its range is more likely to be between 200km in winter conditions and 300km in temperate conditions.

If you’re a low mileage driver and fancy something different, Renault’s Twizy starts from €19,995 before the grants. At 100km, the Twizy’s range is quite a bit lower than some other vehicles, but it is a considerably smaller vehicle and drivers may prefer not to use it for longer journeys.

What you can’t have

While there are a number of options open to corporate drivers with Paschal Donohoe’s new cap, some electric car options will benefit only partly from the zero per cent BIK rate.

1 How safe is it to go back to the office?
2 More than 40% of help-to-buy recipients already had deposit
3 Most workers now expect choice to work from home part-time
4 Owner of Dundrum Town Centre to sell prized assets
5 House completions down 33% but output has rebounded
6 It is never too early to talk about saving for Christmas
7 Elderly parents living in property you own will save you on capital gains tax
8 56 financial firms entered or expanded Irish operations in 2020
9 HealthBeacon becomes official NHS supplier and seeks extra funds
10 PTSB slides into loss amid €75m bad-loans charge
Real news has value SUBSCRIBE