Brexit: Drop in immigration to NI may cause 9% fall in GDP 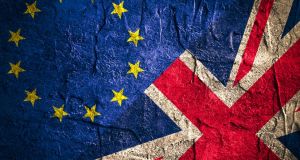 Northern Ireland’s economy faces a ‘much greater impact’ from reduced migration than the rest of the UK. Image: iStock

Restricting European migration after the UK leaves the European Union could reduce gross domestic product in Northern Ireland by more than 9 per cent, a business lobby has warned.

CBI Northern Ireland published a report on Monday, All Together Better: Accessible Labour – A Necessity for Regional Economic Prosperity, which argues that employers must continue to have access to the people and skills they need to succeed after Brexit.

The CBI represents 190,000 businesses of all sizes and sectors across the UK. Its corporate members employ nearly seven million people, which is about a third of private-sector employees.

Citing the North’s “demographic challenges”, alongside the “persistent exodus” of young people to study and work outside the region, the CBI report says employers in the region have become “reliant on a steady inflow of international workers” from the EU.

“Firms are extremely concerned about proposals to reduce migration levels into the UK to the tens of thousands in a post-Brexit settlement,” it says.

The report says Northern Ireland’s economy faces a “much greater economic impact” from reduced migration than the rest of the UK.

A scenario featuring a 50 per cent reduction in EU inward migration only would decrease Northern Ireland’s GDP by 5.3 per cent by 2041.

Low inward migration for both EU and international workers would decrease GDP by 9.1 per cent by the same year.

Under these same scenarios, the working age population in Northern Ireland would shrink by around 6 per cent and 8 per cent respectively.

Changing demographics and a reduced access to migrant workers will impact some regions more than others. The report highlighted Derry, Strabane, Armagh city, Craigavon and Banbridge.

CBI Northern Ireland director Angela McGowan said the region was facing a skills gap in the coming years, which could cause long-term damage to its economy.

“Northern Ireland faces a number of specific challenges when it comes to access to skills,” she said. “With the workforce set to shrink further in years to come, both as a result of demographic changes and Brexit, Northern Ireland’s current skills gaps – both high-skilled and low-skilled – in areas like education, healthcare, hospitality, agri-food and digital industries look set to be exacerbated, causing long-term damage to the economy.

“The Migration Advisory Committee report, published last week, identified significant challenges for Northern Ireland if access to low-skilled labour was restricted, negatively impacting our agri-food sector and creating a risk that NI firms could relocate to the Republic of Ireland to ensure continued access to migrant skills.”

“Recently the Migration Advisory Committee identified the challenges around migration but failed to offer any solutions,” she said.

“Retaining the £30,000 salary threshold remains unreasonable as it blocks many essential workers from coming to Northern Ireland given the prevailing lower average regional salaries for many sectors.

“It’s therefore vitally important that whatever immigration system we adopt post-Brexit fulfils a number of basic tests. It must be open, controlled and work for all parts of the UK, while recognising the specific challenges we all face in Northern Ireland.”