Chris Johns: Britain’s ever-changing stance erodes faith in its reliability as a partner 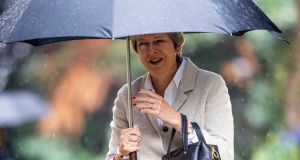 UK prime minister Theresa May has been negotiating a Brexit deal while a sizeable minority in her party do not want any kind of deal at all.

Anybody who was surprised by the latest episode of Brexit psychodrama simply hasn’t been paying attention.

The template for negotiations was set within hours after the June 2016 referendum: the European Union sets out its stall and waits for the British response. As soon as UK prime minister Theresa May’s ‘red lines’ became apparent, the EU could legally and logically offer only one of two routes: Canada or Norway. Each time this is politely repeated, the UK cabinet and the rest of the Conservative Party pay little attention to what Brussels says, choosing instead to have a row among themselves.

This little two-step has been repeated many times. After each Tory party row, when someone says something like “the EU can go whistle for its money”, the British return to the negotiating table with some new concessions and a slightly shorter list of impossible demands.

The whole process will get repeated until that list is small enough for Brussels to start negotiating. We are almost there. That list of impossible demands is actually quite short but, on the face of it, irreconcilable: no borders in Ireland or down the middle of the Irish Sea.

Part of the psychology of all this is the importance attached to high dudgeon. It is vital that members of the British cabinet takes turns to get very upset, if not angry at some imagined insult from Brussels. It almost looks choreographed. If a moral high horse is spotted somewhere in the distance, great effort is expended to climb upon it.

It is vital that tabloid newspaper editors are given the opportunity to write headlines in a style not seen since the sinking of the Argentinian General Belgrano during the Falklands war. Everything is a “shock” or a “blow”. Or, more latterly, May’s “finest hour”, the latest in a long line or Churchillian, wartime, references.

I’m not sure why it has to be this way: trying to understand what basic human needs are satisfied by this kind of behaviour leads to another form of madness. But the results are clear. One consequence is an erosion of faith in the British as capable and efficient administrators.

Another is the evisceration of trust: any agreement, free trade or otherwise, can only ever be negotiated between parties who trust each other. There has been plenty of British backsliding but the signing last December of the Border backstop deal, followed by an immediate effective breach of contract, has been quietly noticed everywhere.

The constant threats to withhold the agreed amounts of cash, the so-called divorce bill, have also diminished the UK’s reputation as reliable partners.

To be absolutely fair to May, it has to be acknowledged that she has been negotiating a deal while a sizeable minority in her party do not want any kind of deal at all. The hard Brexiteers have finally been outed: all pretence at a desire for a negotiated settlement is now gone. And we need to be absolutely clear, particularly when it comes to contingency planning: the Brexit ultras could well get their way. There are lots of ways things can go wrong. But the events in Salzburg notwithstanding, there is still the chance that we at least get to transition.

Unwillingness to engage with the details of Brexit explains in large part why things are so chaotic. Any considered view of the EU’s offer of ‘Canada or Norway’ requires attention to a lot of detail which, for the most part, seems to be too much trouble. But that attention deficit extends to the current impasse.

‘Chequers’, the apparent source of the most recent row, is a red herring. It has got little to do with how we get to March 2019 and transition. The key document is the withdrawal agreement which, barring the issue of the Border, is more or less done. It’s a legally binding document. There will be an accompanying political declaration, which will be aspirational waffle designed mostly to get the British parliament to vote for the withdrawal agreement (most probably in January).

This could all fall apart at any stage. Any business, if it hasn’t done so already, would be well advised to start thinking about the hardest of Brexits. But transition, the standstill until December 2020, is still possible if all these hoops are jumped through. It’s in nobody’s interests for the talks to fail.

Even that might not get us away from hard Brexit: it merely postpones it. To get over those irreconcilable demands, either the EU gives way on the freedom of movement of people, or the British accept the Irish Sea border. The point about the withdrawal agreement, even if is both agreed and ratified, is that it merely postpones all the hard talking.

Europe is already showing signs of moving on from all of this but only in the sense that if it is to be no deal better it happen later rather than sooner. Both sides have vested interests in hard Brexit not happening next March. It would nevertheless be wise to prepare for it given that it still looks possible, if not probable, either then or at the end of 2020.