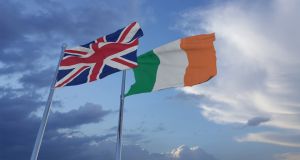 The American Chamber said the burden of income tax imposed on Irish workers was a major barrier to attracting talent and incentivising staff. Photograph: iStock

The American Chamber of Commerce Ireland has called on the Government to prioritise income tax cuts in Budget 2020 despite the threat of Brexit.

In a pre-budget statement, the US multinational lobby group said the effective top rate of income tax in the Republic was globally uncompetitive and out of kilter with peer countries.

Workers here start paying the top rate of 40 per cent, or 52 per cent when PRSI and USC are included, at incomes above €35,300.

“The relatively early entry point that income is exposed to the highest marginal personal tax rate is uncompetitive for a traded economy reliant on a highly mobile labour market within Europe, ” it said.

The submission comes as Minister for Finance Paschal Donohoe ruled out tax cuts in next month’s budget while confirming he would prepare the budget on the basis of a no-deal Brexit.

Nonetheless the chamber insisted the burden of income tax imposed on Irish workers was a major barrier to attracting talent and incentivising staff.

Mark Redmond, chief executive of the American Chamber of Commerce Ireland, said the group’s submission was predicated on sustainable public finances but “our job is also to point out to Government that in the war for talent and the global war to attract talent here, Ireland is out of kilter with other countries it competes with.”

In its submission, the American Chamber said the State urgently needs to resolve bottlenecks in housing, roads and broadband if it is to maintain its status as a “go to” country for Foreign Direct Investment (FDI). It called for the acceleration of Project Ireland 2040 [the Government’s long-term strategy to improve the country’s infrastructure and shift to a low-carbon economy].

To achieve this, it has proposed placing the responsibility for the Project Ireland 2040 delivery board within the Department of the Taoiseach, supported by a fully resourced Investment Projects and Programmes Office.

Welcoming the recent uptick in housing construction, the chamber described the provision of accommodation as a “critical economic enabler” that should be a continuous priority for planning and capital investment.

“This is a good time to double down on FDI in Ireland. FDI has proven in the past to be a very resilient aspect of the economy,” Mark Gantly, president of the chamber, said.

Apart from the employment created directly, there is a huge spinoff effect into the wider economy, he said, noting that for every 10 jobs created in FDI, the chamber estimates eight are created in other Irish SMEs.