Duty-free shopping to return in event of no deal, minister for finance says 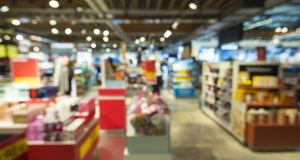 State is to facilitate duty free purchases for passengers travelling from Ireland to UK ports and airports.

Duty free between Ireland and the UK will return in the event of a no-deal Brexit, Minister for Finance Paschal Donohoe confirmed on Tuesday. His statement follows UK chancellor of the exchequer, Sajid Javid’s announcement that British travellers won’t have to pay excise duties on cigarettes and alcohol if the country leaves the European Union without a deal.

Mr Donohoe said that the effect of Mr Javid’s announcement was that Ireland would reciprocate the decision and facilitate duty-free purchases for passengers travelling from Ireland to UK ports and airports.

The Oireachtas previously passed legislation which had planned to deal with duty-free sales as part of a future relationship agreement between the EU and the UK. However, as the UK has decided to apply an unrestricted duty-free scheme in the event of a no-deal, Ireland would not commence the legislation, Mr Donohoe said.

British prime minister Boris Johnson has vowed to take Britain out of the EU with or without a deal on October 31st.

UK lawmakers concerned about the economic fallout from a no-deal Brexit have voted to force Mr Johnson to seek a delay to avoid leaving without a deal, but he has said that he will not countenance an extension. – Additional reporting: Reuters