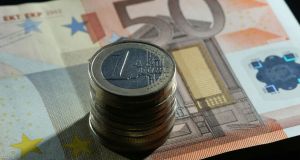 All eyes are – understandably – on Brexit but, behind the scenes, key negotiations are also under way on something else which will have a big impact on our economic future.

Talks on the OECD reform plan for global tax are reaching a crunch point with political agreement needed by the end of the year to allow details to be agreed before the end-2020 deadline. As reported in these pages today, US tax expert Pam Olson of PwC feels a deal is likely, though as yet far from guaranteed – and that seems to accord with the general view.

Ireland will state its case at the OECD, but a relentless focus on aspects of the Irish tax regime is putting the Government under pressure. In just the latest example, a new IMF paper estimates that some two-thirds of the measured foreign direct investment here is “phantom”, representing income passing through corporate shells rather than “real” activity.

Measurement here is controversial. Ireland hosts international corporate headquarters of many of the big US firms and, since 2015, has also attracted very highly valued investments of intellectual property (IP) assets here. To some extent financial flows through these headquarter firms is normal – and the movement of IP assets here reflects OECD pressure on the big players to move them out of tax havens in places like the Caribbean. Ireland can also point to a tightening of the rules in recent years.

However there is a flip-side too. Irish tax rules have for years facilitated the movement of cash through subsidiaries here, part of an international chain that allowed companies to cut their tax bills. And we were slow to shut down some reliefs, like the double Irish, and to change other rules relating to the use of inter-company transfers.

The IMF paper argues bluntly that this State’s tactics “may be helpful to Ireland, but it erodes the tax base in other countries”.

Given the wind now behind a deal, it appears likely that change here is something Ireland will have to live with, even if the extent of the challenge to our corporate tax base is not yet clear.