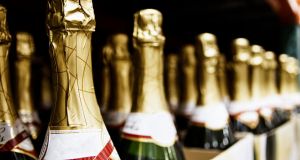 Irish drinkers are becoming increasingly likely to pop a celebratory bottle of a sparkling variety such as Champagne or Prosecco, according to to the latest industry research.

The Government will come under renewed pressure for tax cuts in next month’s budget, with the latest exchequer returns showing it has raised an extra €2.6 billion in taxes so far this year. Exchequer figures for the eight months to the end of August show the Government collected just over €35 billion in taxes. This was €233 million (0.7 per cent) ahead of projections and €2.6 billion up on last year, leaving Minister for Finance Paschal Donohoe with potentially more leeway in Budget 2020.

Yet for all the debates over potential budget changes, Fiona Reddan argues that of far more importance to the average household budget are the changes to the mortgage interest rates. And that’s where the entry of a new player could help.

Bank of Ireland pulled a planned sale of €300 million of junior bonds on Tuesday afternoon, disappointed by the level of demand for the debt as potential investors were rattled by speculation over Brexit amid another day of heightened political drama in the UK.

Brexit is already having a negative effect on employment with services companies reporting the weakest payroll expansion since May 2013, according to figures released from AIB.

In commercial property, US property giant Starwood is on course to secure about €550 million from the sale of five prime Dublin office assets.

In her weekly London Briefing column, Fiona Walsh writes on the removal of Marks and Spencer from the flagship FTSE 100 index. Despite claims by its chairman that being booted out is no big deal, Fiona explains why it does really matter.

Finally, Mark Paul reports on how overall wine sales are falling but Irish drinkers are becoming increasingly likely to pop a celebratory bottle of a sparkling variety such as Champagne or Prosecco, according to to the latest industry research.